Cheap Mobile Phones is a proven fact in Indian Market. Most of the companies prefer to launch their flagship device under Rs. 10,000. But in this post I am going to compare three recently launched Smartphones in India under Rs. 7000 price range. Motorola has recently launched its 2nd generation Moto E device for Rs. 6999 and with lots of upgraded features. XOLO A1010 and Karbonn Titanium Dazzle are two other recently launched mobiles for cheap price. 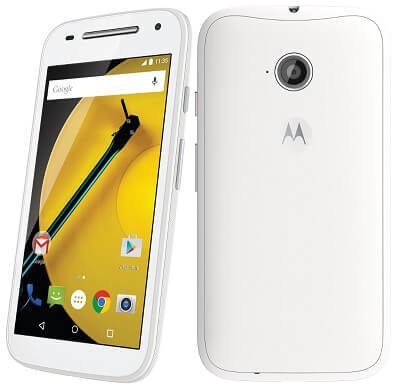 Motorola Moto E is one of the most popular cheap device in India. Now the company has come up with its upgraded version for Rs. 6999. The device has 4.5 inch qHD Display Screen (960×540 pixels) with Corning Gorilla Glass 3 protection. It is powered by 1.2 GHz quad-core Snapdragon 200 processor with 400 MHz Adreno 302 GPU. As you must have noticed the changes in both screen size and processing power of the device, one of the most important aspect missing from Moto E 1st gen is lack of Front Camera. But Moto E (2nd Gen) comes with VGA front facing camera and 5MP rear camera. One more important upgrade feature of Moto E is its Operating System which is Android 5.0 Lollipop.

Features of XOLO A1010 Mobile Phone 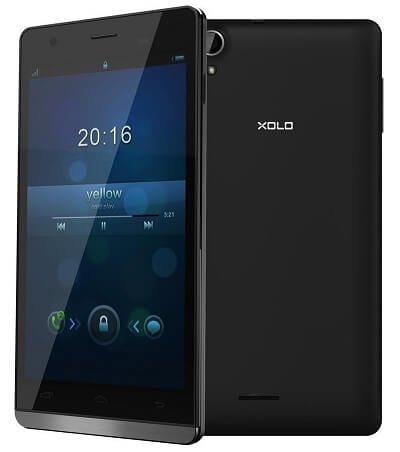 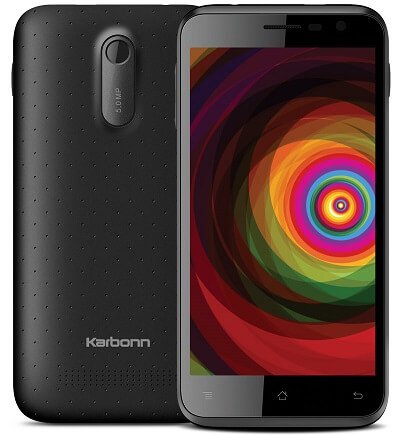 Karbonn Titanium Dazzle features 5inch display screen (858×480 pixels) with IPS display technology. It is powered by 1.2 GHz quad-core processor and 1GB RAM for smooth functioning. The device comes with Gesture features that includes Swipe, allowing users to shuffle songs by simply swiping their hand across the screen and Smart Eye, used to tracks eye movement and automatically pauses the video when the user looks away from the screen.

Which Mobile to Buy?

As you can notice all three mobiles are cheap device with lots of exciting features. But which mobile to buy? Below is complete comparison between all three cheap mobile phones which allows you to easily decide which mobile is best for you. 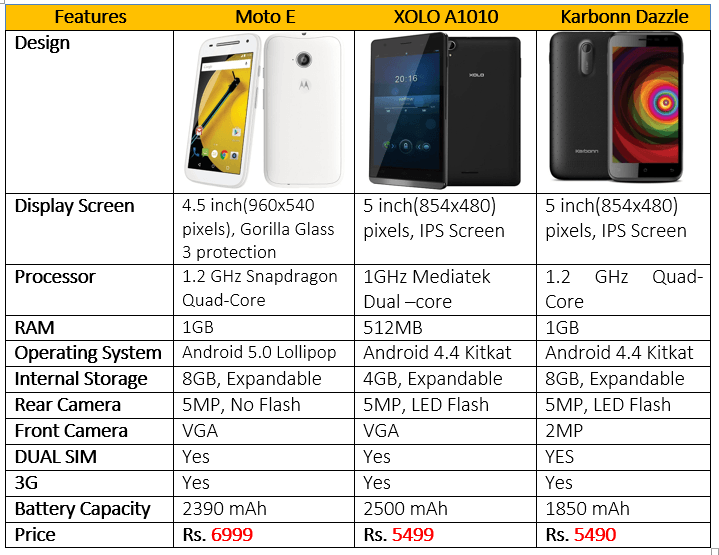 After going through the features of all the three mobile phones, I strongly prefer to choose Motorola Moto E 2nd Gen over other two mobiles. Reason can be Snapdragon Quad-Core processor, Motorola brand trust and awesome screen display which has just got bigger from earlier Moto E. XOLO A1010 and Karbonn Titanium Dazzle are also good mobile under Rs. 5500 but if you can spend extra Rs. 1500 you should go for Motorola Moto E.