Native Run Command lets you open the apps by entering shortcut for executable command of that particular app. There is new very light effective utility that I came across while reading Blog and I found that very interesting. So I decided to share Run-Command app which is an extended version of native Run command but lets you do more things and normal things in easier and simpler ways.

How Run-Command Different from Native Run and its Working

Run-Command has icons for some of the most popuar apps in windows. See figure to locate icons of the following apps 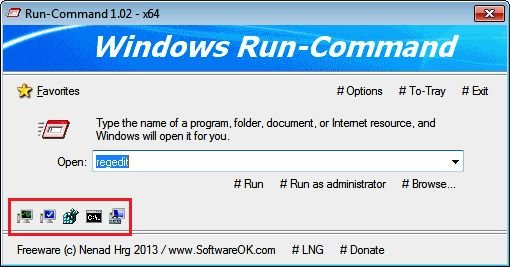 These apps are the most use apps in windows system. There are many things that Run-Command do that native app cannot. In Run-Command you can simply open the app as Normal user by clicking “Run” or as Administrator by clicking “Run as administrator”. These are very useful functions that are provided in this little utility software. There is facility of favorites provided in the tool just like internet explorer. Using this you can easily manage your favorite apps.

Run-Command comes with lots of options like Hide Options, Start-up options and lots more. You can customize Run-Command as per your need by changing the options as shown below. 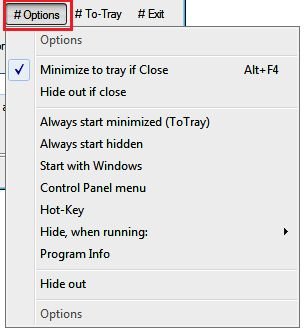 Once the tool is open, pressing of normal windows shortcut for run command open Run-Command app by default.

To keep running the software and if you want to access this run command instead of windows native run tool then don’t exit the tool, just minimizes it to tray and whenever you press win + r then this tool will open. 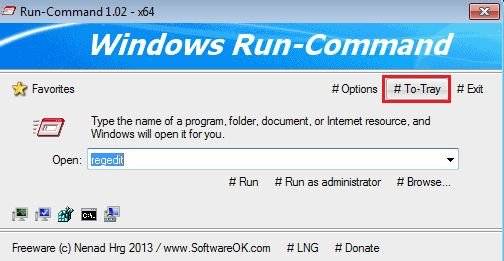 Pressing this will make the app running, whereas if you press exit as shown below app will exit and native windows run app will open with win + r command. 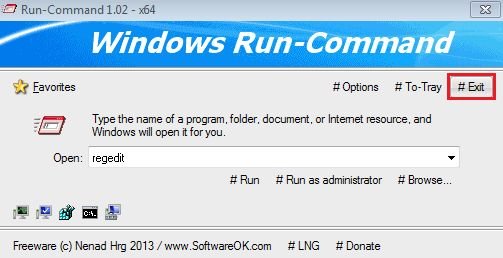 Conclusion : Very useful app to simply the use of Run Command. 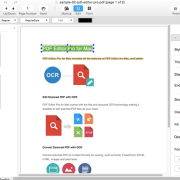 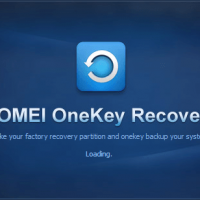 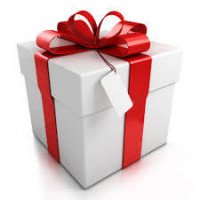