The most common and cost effective solution of top smart locks in the current market is to apply a digital key pad on the lock to achieve keyless experience.  However, as we all know, password on our traditional PIN pad is very vulnerable to hidden camera or even just a glance over the shoulder. Statistics show that 2 out of 5 people reported that their passwords have been stolen.

PIN Genie Smart Lock applies the PG PIN pad, which has 12 global patents on it. It is simply designed and easy to use while provides the highest protection of your e-key to your home. It randomly distributes the 10 numbers (0-9) into four buttons, and all numbers reshuffle after each time of use. Therefore, even when someone watches you or records you entering your password, he/she still wouldn’t be able to know it. PIN Genie makes PIN theft a thing of the past. The team has first applied the PIN pad into two mobile Apps and launched in 2016. They are PIN Genie Locker, the highest rated screenlock and applock on google play that has over 3 million users worldwide, and PIN Genie Vault on iOS, which is an all-in-one vault to save all kinds of your private files, including photos, videos, logins, etc., PIN Genie PIN Pad has been loved by users and PIN Genie Smart Lock is the only one smart lock in the market that is equipped with such high-security level of PIN pad. Access combinations of PIN Genie Smart Lock can have up to eight digits, and its memory holds up to 8 sets at a time.

2. Low Energy Bluetooth Connectivity turns your phone to your key and manage access from anywhere anytime

PIN Genie team strives to provide not only safer but also better experience. The PGD 728 Model connects the smart lock to the smart phone through Bluetooth and turns your smart phone into the key to your phone. We love PGD 728 model as it enables hosts to manage access on their smartphones. It eases the worries in sharing your physical keys to housekeepers, delivery guys and other guests etc., Home owners can simply create temporary passcodes on their smart phones with expiring time and share to their guests. This is super useful for hosts who list their homes on Airbnb and VRBOs, which they no longer need to pass the physical keys to guests and worry about keys being stolen and duplicated.

You can set up to 8 access codes for each of your family members and know who is home by checking the access history. This is super helpful for families with children and grandparents. PIN Genie make sure you make sure you don’t worry about family during business hours.

PIN Genie Smart Locks has passed extensive tests by 3rd party lab, which has the same safety level as BHMA 156 Grade B. The deadbolt meets the highest industry rating for security. Its built-in alarm has three levels of sensitivity that customizable for your needs, which the alarm will be triggered from slightly vibrations to strong tampering attempts. PIN Genie Smart Lock protects you from any damage to your door. For additional security, you can activate the “Safe Home” mode when you arrive home, which you simply press the button on the back of the lock and disable the touchscreen. No one would be able to activate the smart lock from outside unless he/she has the physical keys.

We firmly believe that if you need to hire a locksmith to install the lock or find it confusing to use, the smart lock is not good enough. PIN Genie Smart Lock is designed to fit in most standard door size and can fit into your existing door hole. We have prepared detail user manual with step by step instructions. Over 30 plus users were asked to install the lock by following the manual and most of them finished in 5 minutes. PIN Genie Smart Lock works perfectly with both door opened from the left side and right side. 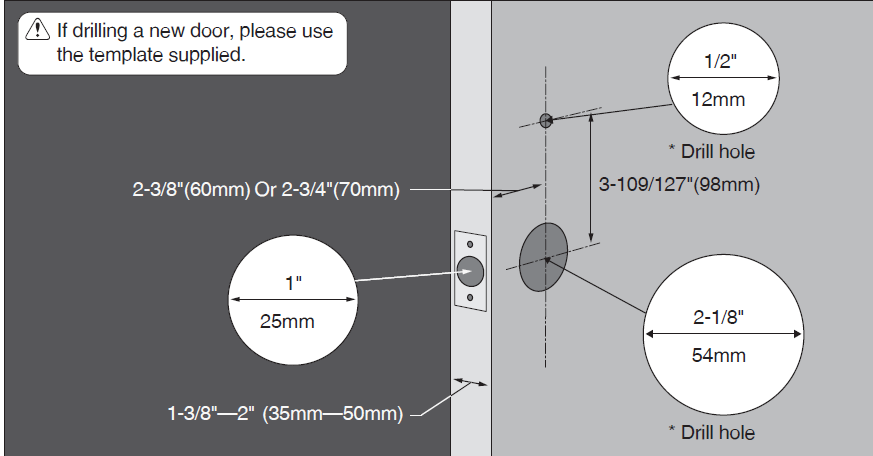 PIN Genie Smart Lock is compromised with simple parts for you to install.

5. Other available features: PIN Genie Smart Lock does more than locks and unlocks your home!

Other than the above features, PIN Genie Smart Lock has many other features for you to explore. With its 30s auto-lock feature, you no longer need to worry about forgetting to lock the door.  If you are first-time smart lock user and is thinking about being locked out when the smart lock runs out of battery. PIN Genie has perfectly solved that. It is powered by 4 AA batteries that run approximately 12 months with 10 times of lock / unlock each day. It will remind you by flashing the PIN Genie button in the back to alert you with the battery gets low. Even if you forget to change the battery in the low battery period, there is a 9V battery socket from outside that you can use to activate the smart lock when it completely runs out of battery. 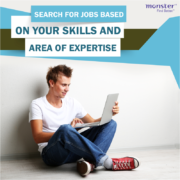 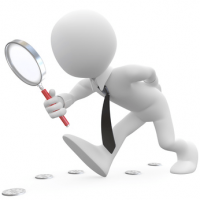 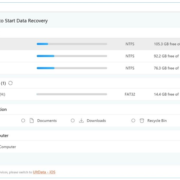