You use your smartphone for just about anything today. But still, the most basic function of the cell phone is to make and receive calls. When you talk to somebody, your voice is transmitted to the nearest cell tower using radio waves. The tower will then relay the radio waves to the mobile phone of the other person on the line. The radio waves are converted into an electrical signal, which is then transformed into a legible voice.

However, millions of people use a single tower, which results in congestion and poor signal. Do not be surprised that during peak hours, your calls may be dropped or your text messages will be delayed. For the most part, a vehicle cell phone booster or a home booster will help resolve the issue.

According to Pew Research, 7 in 10 mobile phone users have experienced dropped calls on occasions. Meanwhile, about 30 percent of the respondents claimed that they lost a call several times a week.

What Accounts for Signal Strength?

The unit of measurement used on the cell phone signal is decibel. Typically, the range is between -30 decibel-milliwatts (dBm) to -110 dBm. The lower the decibel, the better the signal. Generally, good signal strength is defined as anything lower than -85 dBm.

There are nearly 276 million mobile phone users in the United States, according to Statistica. The number is expected to hit 290 million by 2024. Meanwhile, the number of cell towers as of 2016 was estimated to be more than 300,000.

So, the closer you are to the cell tower and the fewer obstructions there are, the better the signal. If you are driving your car, the signal strength can also be erratic, especially if you pass by several dead zones. However, this can easily be corrected by a vehicle cell phone booster, which picks up even the farthest cell tower.

Most people do not have the equipment to measure the dBm, so they rely on the network icon on the mobile devices to determine signal strength.  However, it is not an accurate measurement. There are a number of factors to consider like the type of carrier, the model of your cell phone, your location, and even the position by which you hold your phone. Most telco technicians typically use a signal meter to determine strength in decibels, as well as the bandwidth.

How to Fix the Poor Signal on Your Phone

If your mobile device is in excellent condition and all things equal, the problem could be the network signal. For instance, if your house is made of thick concrete, you would have difficulty picking up a signal. One way to resolve this is to install a home booster.

If you are out in your car a lot on business trips and phone calls are very important, consider a vehicle cell phone booster to remedy the situation.

If your goal is only to make or receive calls, then you are probably better off with an old phone rather than the more expensive smartphones of today. Those old models are dedicated to a single purpose. In contrast, the antenna of your average Android or iPhone today is split into different frequencies, including Bluetooth, infrared, and Wi-Fi. 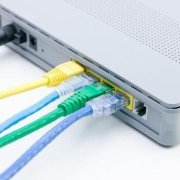 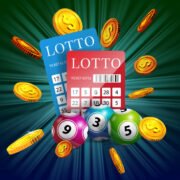 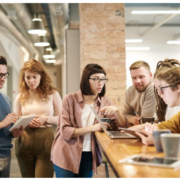