Ulefone BE X 4.5 Vs Mlais M9 Mobile – Hello everyone, in this post I am going to post a comparison between Cheapest Octa-Core Smartphones. Devices that I am going to compare are available under 100$ USD which is great. Mobile Sector is one of the most dynamically changing technology in the world where everyday companies comes out with cheap device with premium features. Online mobile retailer such as gearbest.com are one of the very few to sell Smartphone with huge discount coupons. Mlais M9 Mobile is available at discounted price of just $87 USD by using coupon code: M9. 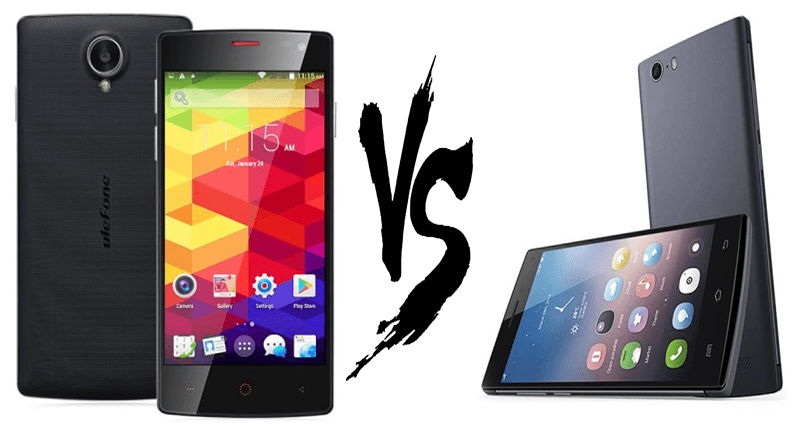 The Ulefone BE Mobile has 4.5 inch IPS display screen with maximum resolution up to 960×540 pixels. Mlais M9 Mobile comes with 5.0 inch IPS qHD Display Screen with exactly same resolution of 960×540 pixels like Ulefone. Design wise, I like Mlais M9 mobile simply because it looks like an Oppo device. But Ulefone BE is also a great looking device at such cheap price, so it’s hard to decide in design and display segment.

In this segment there is absolutely nothing to compare, as both the devices are powered by 1.4 GHz Octa-Core Mediatek MTK6592M Processor with Mali-450MP GPU. Both the devices runs on Android 4.4 Kitkat Operating System.

Both devices Ulefone BE and Mlais M9 comes with 1GB RAM and 8GB internal ROM storage. Ulefone and Mlais M9 Mobile storage can be expanded up to 64GB with external SD card

At the rear, both the smartphones offer 8MP cameras with an LED flash. However, the Mlais M9 wins over the Ulefone in the front shooter section with a 5MP Camera, compared to a 2MP snapper of the latter. So, overall photography experience with the Mlais M9 is much better than the Ulefone BE.

Both the devices offers 3G connectivity to access fast internet services on the go. You get Wi-Fi, Bluetooth and GPS in almost every device, so there is nothing much to compare in connectivity section. However there is a huge difference between battery capacities of both the devices. Ulefone BE mobile has 1900mAh Battery where Mlais M9 comes with 2800mAh Battery Capacity.