The American Multinational, Apple Inc. has officially launched the sixth generation of their most popular and desired iPhone Series in an event held on 9th of September. Apple iPhone 6 was one of the most awaited smartphone launches of the ongoing year, 2014. And as expected, the Apple iPhone 6 has arrived fully loaded with innovations and advanced features, which makes it a tough rival to high-end Android smartphones available around.

Apple was facing a tough competition from high-end Android Smartphones, which flaunt bigger and better displays. For which, it was expected that Apple would join the club of big phablets with their upcoming Apple iPhone 6. Now, with Apple iPhone 6, the company offers an equal competition to Samsung, HTC, LG and Sony, which manufacture high-end smartphones with big displays.

Apple has launched two variants of Apple iPhone 6, naming as iPhone 6 and iPhone 6 Plus. Both of them differ from each other in terms of display size and hardware specifications. The Apple iPhone 6 sports 4.7-inch display, whereas the iPhone 6 Plus sports a bigger 5.5-inch display. However, the advanced and innovative features on both the variants are almost same. Apple iPhone 6 Series is powered by 2nd Generation 64-Bit Processors, which offer an ultimate performance. Both iPhone 6 variants are powered by 1.4GHz Cyclone ARM v8 based Dual Core Processors, capable enough to take your smartphone experience on to new heights. The A8 Processor is claimed to be 25% faster than the previous A7 processor. Also, Apple has also mentioned that the A8 chip is 13% smaller than the A7 chip. We don’t need to mention that this processor will allows multi-tasking with an ease.

The Apple iPhone 6 Series houses an upgraded and better 8 Megapixels of rear camera, which are coupled with innovative True Tone flash and 1.5 Micron pixel sensor. It seems that Apple has learnt to add innovative cameras on high-end smartphones from HTC. This 8 Megapixels rear camera feature faster auto-focus, Focus pixels, better face detection and an aperture of f/2.2 and 43M Panorama, which is really brilliant.

For the trending selfie fever, Apple iPhone 6 feature a better Facetime HD front-facing camera, with better face detection capability. There is a new feature named as burst selfie, which allows the user to capture a bunch of selfies in a single click. This front-facing camera will capture great selfies for you. 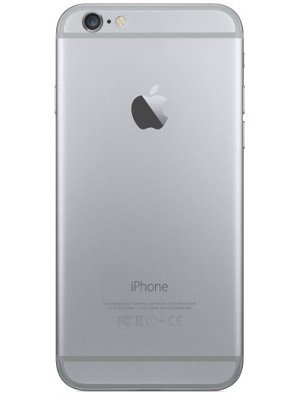 After Samsung Galaxy S5, the Apple iPhone 6 has also something good for your health and fitness. The iPhone 6 packs updated and better M8 health chip, which has an ability to measure elevation and relative distance covered. The Apple iPhone 6 will count the number of steps you climbed, with the elevation technology. It would also dispay relative elevation measures.

You must have heared about Corning Gorilla Glass protection on smartphones. But, the Apple iPhone 6 misses it. Rather, it features a brand new Ion strenghthened screen for its added protection. Currently, there are no official details about this new screen technology, which is added on the Apple iPhone 6 and iPhone 6 Plus. We hope that this latest technology is capable enough to make Apple iPhone 6 stronger and tougher. 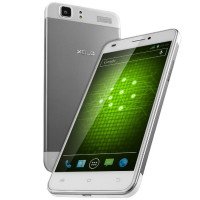 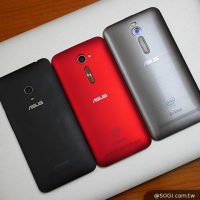