Android Apps to Control Games on Windows with your Mobile Phone as Joystick – Yes I am talking seriously and in this post I am going to share 5 Free Android Apps that can be used to control games on Computer, Laptops with your Smartphone. People love to play games and more often on the big screen like a computer or laptop and enjoy even more playing with a joystick instead of pressing keyboard keys and scrolling, hovering the mouse here and there. One can easily get a Joystick and connect it to the system to play games but with the popularity of Android based Smartphones you don’t have to spend more if you have Mobile running on the Android Operating System. There are lots of apps which can be used on Android Smartphone and some are very interesting like Android Apps to Quit Smoking and some can be used for entertainment like Android Apps to listen Hindi Music, Android Apps to get IPL Score Update. In this post I am going to present Top 5 Android Apps to Control Games on Windows using a Smartphone. 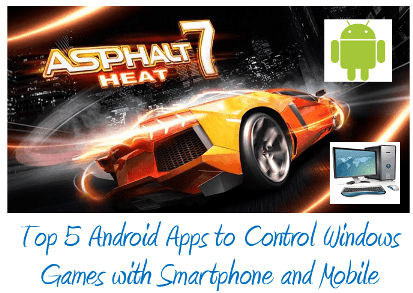 Android Apps to Control Windows Games with Smartphone and Mobile

Monect Portable is a free Android App that allows you to control the PC over WI-fi or Bluetooth. There are lots of features in Monect Portable App such as Race Mode is which you can play driving game with your phone using G-Sensors over WI-Fi or Bluetooth, Explore PC Files with your Phone, Joystick Mode where you can use your Phone as a stimulator to enjoy games such as street fighter, etc. There are lots of other things that you can do with this App other than playing games on windows based system.

DroidMote is another Android App which can be used to play games on windows with Smartphone. With DroidMote App you Control your Android, Windows and Linux device from the comfort of your couch. Working on DroidMote Android App is similar to the remote desktop where you have two different types of application, one is client which must be installed to control a remote Android, Windows and Linux device and other is a server which is used to control a remote device.

MK802 III Remote is another Android App which is similar to the DroidMote and can be used to play somatic games with the help of G-sensor and installing the app on Android Tablet PC of Mobile phone running on Android OS. There are other features also other than game playing like Mouse Function and Remote Control Mode.

iplay remote pad app can easily transform your Android phone in a normal gaming controller. You can play a variety of games with this app on windows PC. You will really enjoy playing sports, driving and other games with iplay remote pad Android App. There are lots of modes supported by the app like sports/steering wheel/gamepad/mouse/keyboard/remote and with powerful programming engine, you could enjoy Motion-Sensing game pleasure while controlling almost all PC games and media player

nJoy Lite is the lite version with limited features and includes a gaming joystick layout and a comprehensive desktop control layout consisted of media controls, web surfing and text input options, an efficient and easy to use mouse controls and more. You can easily connect your Android Phone with Computer using Wi-Fi connection and easily play games on the big screen with nJoy Lite App. 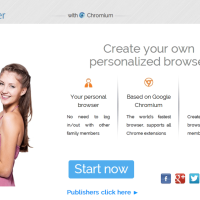