Did you know that cycling is the new driving? Thanks to the invention of bicycles. Today, expanding bicycle lanes, bicycle commuting and cycle shares are topping most government agendas. While peoples’ attitude towards bikes is changing, so are the bikes. E-bikes also referred to us electric bicycles have hit the market with a storm and are currently gaining moment an impression among commuters.

While e-bicycles are looking like traditional wheelers’, they have different methods of propulsion. While others have electric motors, other have engines where you can simply thumb the throttle.

E-bikes come in many varieties, just like the normal bicycles. Ranging from a mountain bike, road bike, cargo bike among others are the best e-bike versions available in the market today. Electric bikes are a bit heavier than the normal bikes, this s due to that additional motor and battery that accompany them. The battery size of these bikes come in different sizes and all depends on the manufacturer. If fully charged, you can be able to ride between 10-40 miles just from a single charge. The batteries take a few hours to fully charge. Additionally, they have a top speed of up to 20 mph allowed by law almost in every nation. However, it’s worth noting that some manufacturers’ e-bikes may go up to 28mph.

Discussed below are some of the factors you need to consider before you purchase an E-bike.

Electric bikes are destined for different people. Thus, is upon you as a user to know what type of features are important to you. If you like climbing hills, then you need to consider a middle motor system bike. Understanding your base needs will help you pick the right bicycle that will serve your needs.

If you are a fast time buyer, then test ride would be ideal. Test riding perhaps is the best fan part of buying a new e-bicycle, at this point, you have time to test different models before you finally settle on your perfect one.

Purchasing and e-bicycle is huge investment regardless of the price. Hence, it’s crucial for you to check and understand the warranty terms before making a purchase.

Are e-bikes better than normal bicycles? Discussed below are some of the merits of e-bicycles.

Traditionally, most people rule out commuting to work with bikes because of the ‘messy factor.’ Just imagine walking into a staff meeting while sweating! It may inconvenience you probably if your company does not offer the basic social amenities where one can change before they can to work. Nonetheless, cruising to work using an e-bike saves you some effort and hence reduced sweating. You can, therefore, peddle a bit as you burn some calories while at the same time enjoying the comfort provided by e-bicycles.

Since electric bicycles do not consume gas, they emit less carbon to the environment as opposed to cars. In fact, the European Cyclist Federation in 2011 found out that electric bikes emitted 8.1% per passenger of the carbon dioxide emitted by cars. Hence, electric bikes are more environmentally friendly than cars and should be emulated by commuters to help reduce globalization.

In most countries, riding an e-bike does not require special insurance, license, and registration. Thus, operation and investment costs are almost negligible compared to cars. However, it’s worth noting that replacing e-bikes batteries may be costly, but the battery capacities are getting even better. If you want to get the best out of your battery, then you should run low on the turbo. Even so, the power consumption rate depends on the amount of power being drawn by the motor.

While e-bikes are the frenzy of the town, much fan is coming on the way as more people are craving for e-bike cycling circuit. It is not farfetched as countries in Europe where the battery-assisted bikes are already a commonplace.

If you are after efficiency, then I bet e-bikes might resonate well with you. You might reduce your commute time using e-bikes. Yes- if you want to avoid the morning jams and long waits on the road, then you should consider owning an e-bike, not only are they efficient, but also good for your health as you get to do exercise and burn calories while enjoying the ride around.

However, if your commute is too long then, e-bikes might not be a perfect fit for you. Nevertheless, you can still own an e-bike just to help you in running for the quick errands around the town. Also, if you are boss in the cycling field, then riding an e-bike may not be all that fun for you. 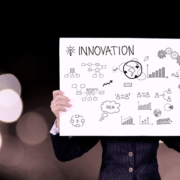