The technological advancements in the present generation have led to the development of the new innovations and transformations in the market. One such advancement in the transportation market is the launch of the self driving cars that can ride on its own without the assistance of the human.

The car sharing giant built autonomous cars in Pittsburgh with the help of the professors and students of the Carnegie Mellon University in Pittsburgh. The autonomous cars are designed with some of the sensing and analyzing devices like the cameras, lidar, radar, odometry, GPS tracking device and lasers. These sensing devices help in analyzing the surroundings that will help in identifying the roads, lanes, other vehicles and other things on the road, and navigate the direction without any human assistance.

San Francisco is the home state of the ridesharing company as the service was started in the city in 2009 and also has its headquarters there.

When the self driving car was introduced for the public use in San Francisco, the people and the government in the city were not as welcoming as that of Pittsburgh. The state of California has strict rules regarding the self driving vehicles the Department of Motor Vehicle in California does not have the name of the ridesharing company listed among the companies that have acquired the permits to test their vehicles on the public roads.

The Department of Motor Vehicle of CA

According to the Department of Motor Vehicle, it encourages the companies to explore the new innovations and advancements in the autonomous cars and they have set up some permitting process to ensure the safety of the public while testing the self driving vehicles and about 20 manufacturers have received the permission from the Department of Motor Vehicle to permit the test driving of hundreds of autonomous vehicles in the roads of California, and expected the ridesharing giant to get the same driving permit to test its autonomous cars.

Few weeks before, the car sharing giant has urged to obtain the test permit from the Department of Motor Vehicle and the company also had requested the department to proceed with the process as immediately as possible so that the ridesharing giant can offer self driving car trips to the people of San Francisco. So, under the regulations of the Department of Motor Vehicles they will decide what are the features associated with the vehicle that will be assumed to be called as autonomous.

The Vice President of the Uber’s ATC (advanced Technologies Center) and the leading executive in charge of the self driving vehicle technology, Anthony Levandowski and he is a former employee of Google engineer. He is accused by the technology company for stealing the autonomous technology of the company because Google was the first company to come out with the idea of the building the self driving vehicles.

Anthony Levandowski left the Google and started a self driving truck service in Otto that designed a device that helps the existing trucks to run automatically. And later the company was acquired by the ridesharing giant for six hundred and eighty million dollars. Google is planning to block the ridesharing company from testing its autonomous cars.

The Department of Motor Vehicles started implementing the test permit since the 2014 and the companies that wish to test its self driving vehicles have to acquire the test permit from the DMV of California. And since the rule was implemented, about more than 2 dozen of the companies including Tesla, Volkswagen, Google, Mercedes- Benz and Ford have registered its company to test drive the self driving cars on the streets of California. According to the permit, the companies registering under the DMV need not disclose the technology used by them or the place where they are planning to do the testing in the application. They must only report any instances when the car driver turns off the self driving technology or accidents within ten days to the DMV of the state.

However, the company had no intension of registering with the DMV of the state because its self driving vehicles require human attention every time and so the ridesharing company decided that their autonomous car does not fit the definition of the self driving vehicle. According to the law, the autonomous vehicles are the vehicles that are equipped with the technologies that are capable of driving or operating on its own without the active monitoring or assistance by a human driver.

The main idea of the ridesharing company regarding the demonstration of the self driving cars is to prove the public that the autonomous vehicle of the company is capable of managing the dense urban surrounding and in some day the vehicles will be able to operate the vehicle without the presence of the human touch on the wheels or on the pedals.

There are many companies that are pursuing the self driving technology, but not a single company had the impulse like the ridesharing giant. The only aim of the company is to become the leading ridesharing operator worldwide and it does not care about the complaints and issues it faces while marching towards the success.

Anand Rajendran is CEO and Co-Founder of Dectar apps, best PHP scripts development company located in India. Dectar is a part of Casperon Technologies a leading social and mobile development company which is Developing Taxi Dispatch Software. I’m a Tech geek, Digital marketing expert, Entrepreneur, and Atheist who loves to write everything about PHP Scripts and mobile application development. Cabily Script is a clone of Uber, which developed by the tech gigs of his company. 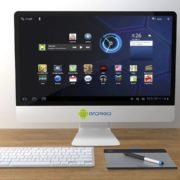 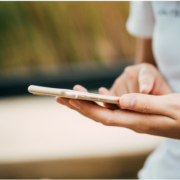 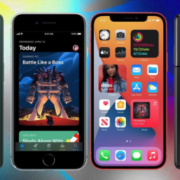