As many gaming experts would have it, the monitor is next to the video card as the most crucial factor when it comes to PC gaming quality. With that said, most gamers get into the task of either upgrading their old computer or building an entirely new rig with just a single idea about their gaming monitor. Most often than not, they are only thinking about resolution.

However, there is more to knowing the right monitor for your gaming rig than just the resolution. While that is essential, it is not the only thing that your PC, particularly your video card, ‘reads’ from your screen. Without the proper match in the performance of these two components, you might very well end up with an expensive LED brick of a monitor.

Without getting too technical and deep about it, you only need to focus on the following three key aspects when choosing your next gaming monitor:

Since this aspect of your computer’s display is the most known, you might as well get down to it first. Most PC-dedicated monitors come in three resolutions:

So, higher resolution means sharper images and better gaming experience, doesn’t it? Well, it depends on your rig. While FHD is the oldest tech of the three, it still generally suits any budget gaming PC without melting the video card. 2K has 70% more pixels, which significantly improve gaming quality, but require a stronger GPU. The same goes for 4K with a resolution that is about four times that of FHD. Of course, expect heftier price tags for both 2K and 4K monitors plus possible added costs for upgrading your video card to be able to render all those pixels.

The term refers to the speed of a monitor in changing an image per second. A typical refresh rate is 60Hz, which means that such a monitor changes the image 60 times in a second. In general, faster refresh rates mean smoother and more fluid motion. That is why gaming enthusiasts do not hesitate to put out several hundred dollars for a 144Hz gaming monitor.

The caveat to getting a monitor with a high refresh rate is a substantial investment on your part. Not only do you have to spend a great deal on such a monitor, but you would also have to invest equally on a powerful video card.

This aspect of your gaming monitor refers to its speed of representing information coming from your computer. When it comes to the best gaming conditions possible, a response time of not more than five milliseconds, or 5ms, is ideal. In other words, lesser response times mean better gaming quality.

Just like the first two aspects discussed earlier, the performance of your PC’s video card must match the response time of your monitor. Otherwise, you will be experiencing visual glitches or blurring that typically affects games with fast-paced motion.

Then there is G-Sync. It is a relatively new technology that dramatically improves a monitor’s ability to adapt or sync better with a video card. It virtually eliminates typical onscreen issues while gaming. Most top-of-the-line gaming monitors incorporate this solution.

It should be pretty clear at this point how much it matters that your gaming monitor closely matches your GPU’s specs. Once you are ready to go ahead and pay the price of faster and more powerful components of your gaming rig, remember the above vital aspects. 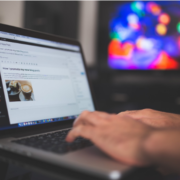