Home
Articles
The Upcoming Release of Android 11
Tweet Pin It

This time in the year is about the time when we are finally able to get our hands on the new update or version of Android’s operating software.  Known now as Android 11, it is starting to be released on Google phones and other manufactuers in the very close future.

The latest release is all about helping you get to what’s important on your phone with easier ways to help you manage your conversations, privacy, and much more. In honor of the 11th version of Android, here are 11 new things that are coming in Android 11 https://t.co/PNFvdFzd9g

Now although this is now the 11th version of Android operating systems, on the surface their doesn’t seem to be many changes to it compared to Android 10, however if you delve deeper there are certain changes that are interesting and today, we guide you through them.

Technology has recently seen a surge in the industry growth, especially in 2020, and us consumers are benefitting from it the most do to the flooded competition competing to give us the best products. Similar industries have also been benefitting from this, such as online casinos here, which have seen an influx of traffic on their markets due to consumers benefitting from improved technology.

In the previous Android edition, the notifications drawers were poor, unorganised and just all over the place. In the next edition, android have re-categorised these so that they are easier to view and access; Conversations, Altering and Silent. Due to this, Android users now will find it a lot easier to navigate through their messages etc and easier to make sure their most important notifications are at the top.

The new chat bubbles that have been introduced into Android 11 are something that we have seen on previous phones through the Facebook Messenger app. These little chat heads float around the main screen of your Android phone and get still be accessed when doing other activities on the phone at the same time.

The final thing on this list is that of something that Android users have been longing for ages and that is an in-house app to enable them to screen record rather than having a third party app to do it for them. Although the app is very basic, it does enough for the majority of Android users and will be developed in time we are sure. 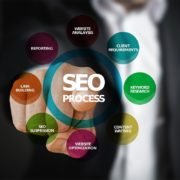 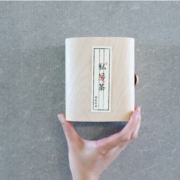