JD.com Logistics has transformed China logistics industry. It has become the world’s first e-commerce firm to get authorization to use EPAL’s shipping pallets. With the new partnership between EPAL and JD Logistics, the former will now be distributed to partners across the country.

The e-commerce platform’s logistics subsidiary developed JD Cloud Box, which offers repair and leasing services, and an online platform where business owners can get real-time information and transactions for EPAL pallets. This is expected to improve the efficiency of pallet manufacturing and circulation.

EPAL was established in 1991 and is an open pooling system for logistics businesses. It is known for offering high-quality EPAL load carriers. The organization issues licenses after checking producers and repairers in all parts of the world. Currently, it has over 1,500 production and repair companies in different countries.

JD Logistics has always been committed to establishing a sustainable supply chain and plans to become a global leader for providing exchangeable China logistics containers. JD Cloud Box recently announced that it would use EPAL products as the main logistics carriers throughout the entire supply chain.

The products will also be used in JD’s international logistics operations. According to the management team at JD.com, partnering with EPAL has brought the company an inch closer to turning the country’s logistics industry into a global leader. Accessing high-quality pallets is crucial and will enable the e-commerce platform to streamline the supply chain eco-system.

EPAL has been committed to making it more convenient for local firms to use the pallets in their operations and raise the industry’s standard. The EPAL President said that the internet company was the perfect partner for its entry into the country’s market. JD’s commitment to quality and a robust distribution network has enabled it to solidify its reputation among customers and suppliers.

Richard Liu has always been passionate about entrepreneurship and is the CEO of JD.com. He has held the position since its establishment in 2004. Earlier in his career, he started a restaurant business while pursuing his university education in Beijing. However, it failed due to inadequate time for managing it.

After some time, he started selling health products. In 1998, he made a bold move and launched a store for selling computer accessories. He later expanded the business by establishing multiple stores in the city. Unfortunately, the SARS pandemic in 2004 affected his startup, and he was forced to change the mode of operations from physical stores to online only.

This marked the beginning of his e-commerce journey. JD.com offers a wide range of products, including cosmetics and electronics. It has continued to gain popularity among consumers in the country. It has hundreds of millions of active customers annually. Currently, it is considered the largest internet company in China in terms of revenue.

In 2016, it announced the annual net revenue as $37 billion. The organization’s board of directors cannot make critical decisions without his input. With time, he has become one of the internet celebrities in China. Initially, he named the company Jingdong. Despite being born and raised in a small village, where he lacked access to modern conveniences, he was always focused on becoming a successful business executive.

His parents came from rich families. However, when he was born, their businesses had already collapsed, and they had already turned to rice farming. Richard would spend a lot of his time with his grandmother, who taught him to make the most of what he had.

In some cases, the CEO Richard Liu would help his grandmother to cook meals using readily available ingredients. He started embracing innovation even as a child. For example, he suggested separating the fat that remained after cooking using hot water. 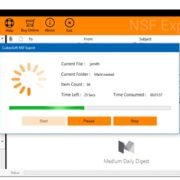 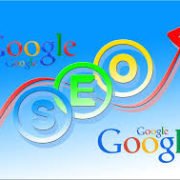