I would like to take a second to thank Achin for allowing me to stop by and guest post on this awesome site. I’ve recently grown fond of his site thanks to his many how-to articles and reviews.

With the expanding popularity of internet connectivity, the world is becoming more and more connected, and this can be one of the biggest social advancements ever. With everything good, there always tends to be something bad on the other side. I’m talking about country restrictions, administrative powers, and IP censorship.  Today we will talk about 5 virtual private networks that can help you bypass these limits and never be stopped online.

ZenMate was originally one of the first extensions on the market to provide users with a solid connection without having to use an operating system to power it. The servers are hosted throughout 5 countries to allow flawless connection to users. And with so many available servers, you can make sure you never get the same IP twice.  ZenMate was founded in 2013, so it is still rather new. But since its opening debut, it has gathered over 3 million total users. This is easily one of the best VPNs available on the market.

Gom is known for simplicity over anything, as they also provide their one touch system for every level of user possible. They make it known that, despite the simplicity, they also provide powerful servers that give the user reliable connections without disconnections or major slowdowns. One of the unique features is the multi-account feature that allows users of multiple devices to use just one single account for all. They currently provide service for iOS, Android, and multiple browsers.

Easily the newcomer to the extension market, but still provides quality. Cyberghost was originally an operating system-dependent VPN and is well known for its solid service. Now moving to the application market, it still provides the same quality by giving the user a 256-bit AES encryption. Currently, there are a little over 30 thousand active users and it is still growing.

Well known for its fully free service, this is a great way for users to try out something new. If you have never used a VPN and would like to see what it would be like, here is your chance. The connections are extremely solid for being free and it can quickly get you past all those pesky administrative restrictions at work or school. If you’re traveling abroad, and you’re missing out on streaming sites such as Netflix, this is the option for you. You do not have to be familiar with the service to use it.

Dot VPN has a good hacker protection program for unsecured Wi-Fi connections. This is a simplistic one touch VPN and is highly recommended by users for beginners that are just starting to get into Wi-Fi protection. When traveling or eating at the local café, take the time to start this program up, as this can be the best protection an average user can have running on his/her computer.

There are many VPNs available, and new ones are coming onto the market every day. Take the time to figure out what you like the most and pick the one that suits your needs.

Caroline is a technology enthusiast and blogger. She loves anything to do with technology and gadgets but her main passion is internet security. Caroline is originally from the UK but now lives in the US where she works as a Network Manager and also writes for www.securethoughts.com. 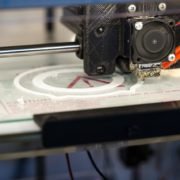