Telcos are offering consumers a choice of plans that will let them go online to browse websites and use their smartphone’s apps with a data plan. If you’re one of the many subscribers who took out a data plan, you should know that your plan may have a data cap—that means your telco provider will charge you extra if you exceed your plan’s data usage. So, to avoid being shocked when your mobile plan’s bill arrives in the mail, you should install apps to help you monitor your smartphone’s data usage. Here are five apps that will help you do so. 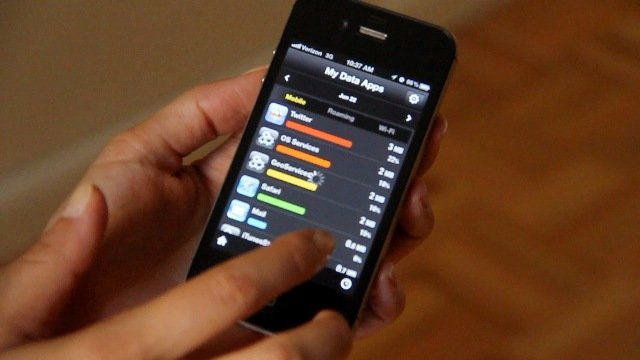 Five Apps to Keep Track of Your Data Usage

With Onavo Count, you get reports on your data usage. It’ll also be easy for you to know what apps are hogging your data. You could get a 30 day overview and find out how much data you’ve used over that period and what apps you’re using the most. It’ll be easy for you to pinpoint how much data each app has used with Onavo Count so you can uninstall apps that are using your data without your permission. It’s also integrated with their Onavo Extend app, an app that promises to give you 5 times more out of your data plan by compressing your data. Onavo Count has gotten a lot of top reviews from users so it’s worth a try.

With Data Usage from Sigterm, you could set data quota and billing cycle information. You could also monitor cellular and Wi-Fi data usage in real time. It has a progress bar that turns yellow so you know when you’re close to breaching your ideal data usage and provides you with real-time customisable alerts so you don’t exceed your data cap. It also shows you your ideal daily usage based on your current data consumption so you can maximise your data plan. One feature of the app that can help protect you from bill shock is the “auto-disable internet” feature that automatically turns off the internet when it has reached data usage limits.

My Data Manager by Mobidia (Android and iOS)

Johnny Ixe’s DataMan app has the features of the other apps on this list like letting you track your cellular and Wi-Fi data use. It also allows you four levels of usage threshold alerts with the app.

This app was made specifically for Sony Ericsson Android phones and provides users with a way to monitor the phone’s data usage to avoid bill shock. It gives users a graph that shows how much data is sent and received by the phone over a period of time and you could set alerts based on how much data has already been used.

If you have a capped data plan on your mobile phone, you have to install an app that helps you monitor your data usage so you can avoid the nightmare of having to call your telco and argue with their representative over your mobile plan’s data usage.

Once you install a data usage tracking app, you could set alerts so you don’t exceed your data cap and successfully avoid paying extra on your phone bill.

There are more apps out there that can help you track your data usage and are even available with added features but Onavo Count can be paired with the Onavo Extend app so you can maximize your data plan as it compresses data you’ve downloaded to your phone.

About the Guest Author: