Samsung Galaxy S4 Clone – One More Chinese Clone for the popular Galaxy S4 Comes into market with Full HD Display Screen. Earlier I have covered the Orient N9500 which is another Alternative for Galaxy S4 Mobile Phone. Now OrientDeal comes with a device which can be seen as Samsung Galaxy S4 Clone and has properties like Full HD Display screen, 18.0 MP HD Camera at the back. If you want to have all the specifications and features of other cloned high-end Smartphones then you should read the following reviews posted by me also. 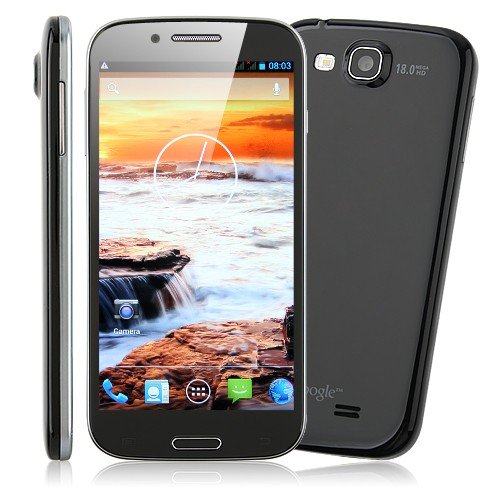 In this post I have come up with the reviews of features and specifications of OrientPhone S4 Smartphone.

What I can say about Chinese Clone Mobile and Tablets, aren’t they impress in terms of features in very affordable price. Samsung Galaxy S4 Smartphone is the mobile which is in more demand than any other device in the moment and most of the Chinese manufacturers are launching the products that resembles a lot like galaxy s4. OrientPhone S4 has 5.0 inch Full HD Retina Display Screen which can offer screen resolution up to 1920×1080 pixels.

It is powered by Cortex A7 MTK6589 Quad Core Processor which is supported by 1GB of RAM. It is a 3G device, so you can enjoy high-speed internet on the go with this clone version of Samsung Galaxy S4 Mobile. Apart from 3G internet connectivity, it comes with other connectivity options also like Wi-Fi, GPS, Wi-Fi Direct, Hotspot etc. The Device runs on the latest version of Android Operating System i.e Jelly Bean OS version 4.2.1. Internal Storage of the device is 8GB ROM which is sufficient enough to store most of the games, media files and apps. AS most of the Smartphones, OrientPhone S4 is also a DUAL SIM Mobile and comes with 18.0 MP HD Camera at the back, 5.0 MP Front facing camera to make video calls. Battery Capacity is 2500 mAh Li-ion and you get two batteries in the packing. 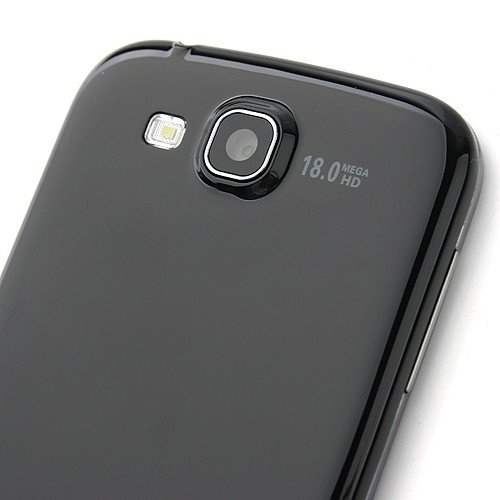 Features and Specifications of OrientPhone S4 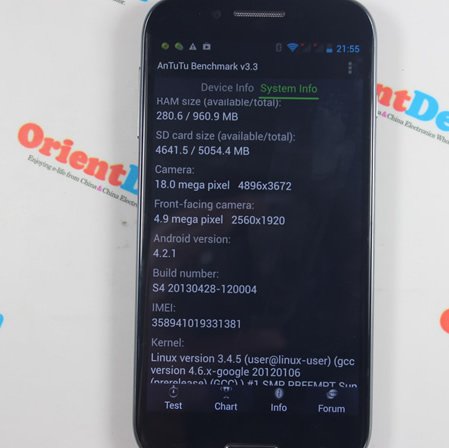 Samsung Galaxy S4 Mobile Phone cost around $579 and if you get most of the features in just $259.68 which is about 50% less than the price of galaxy s4. OrientPhone S4 comes with 5.0 inch FULL HD Retina display screen which is quite amazing and impressive. It has the perfect screen which is a combination of LTPS screen with wide viewing angles of 178°. If I have one of this I will spend most of my time watching high-definition movies and playing games on this big screen of OrientPhone S4. This Clone of Samsung Galaxy S4 not only score good points in Display screen but in processing speed also. With Quad Core Processor which is the latest trend in recent launching mobile phones you can expect a great gaming experience on this device. 1GB of DDR3 RAM ensures that there is no lagging during game play or any other operation. A feature that impresses me a lot is Camera of this device which is 18.0 MP HD on the back and 5.0 MP in the front. You will not get any device with such Camera specifications for just $259.68. You can make High – Definition video calls and can click Full HD snaps with Back camera which has LED Flash and Autofocus features also for better picture quality even in dim light. Internal Storage of the device is also very good and you won’t need to spend extra money for microSD card, as 8GB of ROM storage is large enough. But if you still feel that it is on the low side to get it upgraded to 64 GB which is also a very good feature. Battery Capacity is also very good and should give with good backup time even during game playing, browsing and video playback.

Following are the content that you will in the Samsung Galaxy S4 Clone which is OrientPhone S4 Mobile. 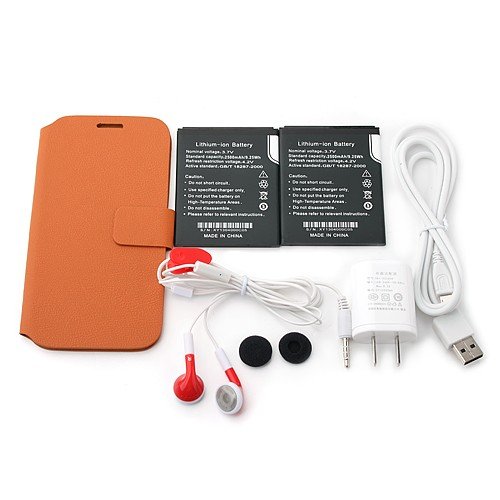 OrientPhone S4 Price is $259.68 and it is available for purchase from OrientDeal 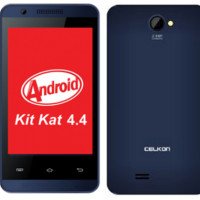