Home
Articles
Salesforce DX and Continuous Integration: Everything You Need to Know
Tweet Pin It

Salesforce DX has been introduced promising a brand new developer experience which is supposed to have revolutionized the way Salesforce apps actually are developed. Even though most developers are fully aware of industry best practices and competent methods of doing things, time, infrastructure, availability of tools, resources, and certain other constraints would be compelling them to operate with whatever is readily and easily available to them. Salesforce DX is a ground-breaking tool that offers an end-to-end and integrated development lifecycle that allows developers freedom from some of the legacy trappings and get involved in agile high-performance-oriented development. Salesforce DX brings with it higher levels of collaboration, productivity, and control.

Since some tools are already there like Force.com IDE, Salesforce Metadata API, and some other tools, where is the need for Salesforce DX?

In tools such as Metadata API, Changeset, or Force.com IDE, Sandbox is actually the ‘source of truth’. Even if you could be setting up the process and carrying on continuous integration for utilizing certain source code management such as SVN or Git, this type of set-up would be taking time, a tremendous amount of effort, and expertise. Browse through reputed websites such as Flosum.com for all Salesforce solutions.

Salesforce DX solves the above issue effectively and also boasts:

What Are Scratch Orgs?

Salesforce DX could be enabled for all Salesforce instances and are known as Developer Hub. One Developer Hub could be having multiple scratch orgs. These scratch orgs are a temporary thing that could be developed fast and metadata could effectively be deployed from the SCM. These types of orgs could be utilized by developers for performing fast proof of concept and for building and testing packages. Once a package is successfully built and then saved back on the SCM, you could easily destroy the scratch org.

The important thing in Salesforce DX is the Scratch Orgs, which is the latest development environment that facilitates disposable and source-driven deployment of Metadata and Salesforce code. Salesforce developers presently are involved in developing and testing the apps utilizing Developer Sandbox. Scratch orgs are fully configurable and they help in facilitating developers in the deployment of diverse preferences and features for different versions and editions. Scratch orgs are known to introduce a basic change in your approach towards the test environments.

Salesforce DX presents a unique blend of a comprehensive and integrated ecosystem along with a freedom to choose flexible and open tools. It offers numerous familiar tools. The developers enjoy the liberty to build with their preferred and favorite tools such as Sublime, Selenium, Git, or Eclipse.

Salesforce DX is known for facilitating agile and high-performance development via continuous integration. The characteristic features available and the advantages on offer are only a small issue. Salesforce DX is certainly not a finished product. Be prepared for numerous new developments as they are very much in the pipeline. 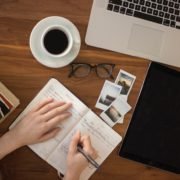 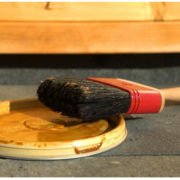