NEO M1 Smartphone is one of very few devices to come in DUAL Operating System option. Currently the Android version of NEO M1 Mobile is retailing internationally for a price of USD $180 which is super cheap for a 5.0 inch HD Display device. Windows 8.1 version NEO M1 will be available in coming weeks. The device is powered by 1.3GHz Quad Core Processor and comes with 13MP Camera. The post covers features and technical specifications of NEO M1 Smartphone.

The beautifully crafted NEO M1 Mobile is a 5.0 inch device with 720p HD Screen(1280×720 pixels resolution). The device is powered by 1.3Ghz Mediatek MT6582 Cortex A7 quad-core processor which is supported by 1GB of RAM. It has SONY 13-megapixel BSI Camera with LED Flash and comes with 5.0 MP Front Facing Camera. The device runs on Android Jelly Bean Operating System and windows 8.1 variant will be available later. In detail Technical Specifications of NEO M1 Mobile is as follows: 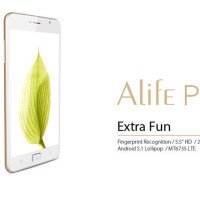