Micromax Windows Phone and Smartphone featuring 4G LTE soon going to arrive in the market. In a recent interview of Micromax Co-founder Rahul Sharma gives hint of both windows based device and 4G LTE smartphone. Micromax is India’s second largest Smartphone Manufacturer company in terms of number and recently they launched first ever FULL HD Mobile Phone. Micromax has been giving hint of going global with announcement of Hugh Jackman as brand ambassador of the Indian Brand. Micromax is one of the few companies that has given tough competition to Samsung in India and we have also heard they are planning to enter into European and other Overseas Countries. Micromax A250 Canvas Turbo is the company’s latest Flagship device which is available for pre-booking at price of Rs. 19990. But Will Micromax Windows Phone gives competition to Nokia which holds largest market share in the segment is definitely interesting to see in future. In the following section you can read the excerpts from interview with ET,Rahul Sharma, Micromax Co-Founder.

Micromax Windows Phone to arrive in mid of 2014

Do you think Nokia’s sale to Microsoft has had any impact on players like yourself? Are you planning to make Windows smartphones sometime in the future?

It has been good for us because they have chosen to stick to the Windows operating system. Had they chosen Android, it would have been a threat for us. But now we’re certain that they will not look at Android, which means lesser competition for us. We are working on a Windows phone and you might see something from us around mid of next year.

Till now XOLO is the only company to bring 4G LTE device in India. But now in recent interview given by Rahul Sharma, Micromax Co-Founder Company is also planning to launch its first 4G LTE capable Smartphone by December in India. Here is what he says

We want to establish ourselves on LTE and offer products that are LTE ready by December, so that consumers would not need to change their handsets whenever voice over LTE becomes available, be it six months or eight months later.

Will you Buy Micromax Windows Phone

Micromax is now an international brand in Android Smartphone but Windows Phone is something that will going to be a big challenge for the company. Nokia which is now branding their Windows-based Smartphone with best Camera features and even launch a device with 41.0 MP camera and will not be easy to compete with.

If you get a chance will you go for Micromax Windows Phone, and if yes comment below why? 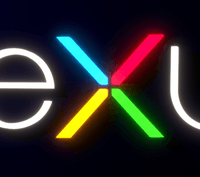