Here comes the first 3G Tablet from Micromax – Micromax Funbook 3G which will comes under brand name of Micromax P600 3G is the first and latest tablet from Micromax which will have functionality of 3G internet via SIM. Earlier Micromax has Funbook Talk which has calling facility but not 3G enabled. It will be a 7.0 inch tablet with 5 point multi touch screen display and supports resolution up to 480 x 800 pixels. 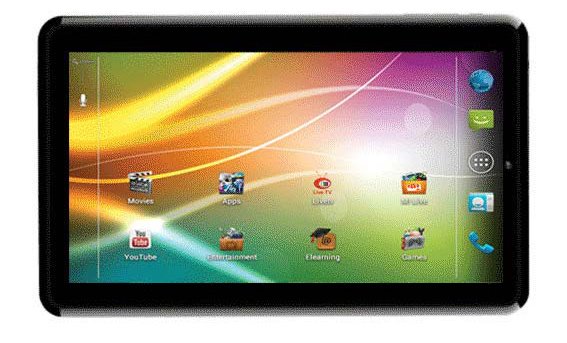 Looking at the key features of this Tablet, Micromax P600 will be running on Android Ice Cream Sandwich out of the box. It comes with 3G capability and calling feature. It is powered with dual core processor which is clocked at 1.0 GHz cycle speed. Nothing much improvement in terms of Processor, Operating System and even RAM from previous Tablets from Micromax. To support 1.0 GHz processor 512 MB of RAM is present which could provide good performance during game playing. Now Quad Core Processor based tablets are available in the market with 1GB of RAM at least, which would provide tough competition to this Tablet from Micromax. It has most of the connectivity options like 3G, Wi-Fi, Bluetooth, GPRS, EDGE etc. 2.0 MP rear end camera is also there but picture quality from 2.0 MP will not be sharp and clear as you would like. 0.3 Front facing camera is there to make video calls. 4GB of internal memory should be sufficient enough to hold most of the games and apps. You can also increase the memory upto 32 GB with microSD card.

Not much to get interested from this Tablet except the fact that it has 3G feature which is absent from earlier tablets but nothing special.