Micromax is really working very hard to make its Canvas more premium and popular. They had already three device in Canvas series and earlier when Micromax A116 Canvas HD was launched it has broken all the records of pre-booking in India. It was speculated that the next destination for Micromax is to now a launch a Smartphone with Full HD resolution, Quad Core Processor and 13.0 MP camera and if the source is believed to be true they are coming with a new Device with all the speculated features. New Smartphone is rumored to come with brand name of Micromax A120 Canvas Pro HD.

According to the source next generation device from Canvas Series of Micromax A120 will support Full HD screen resolution. If we go by the rumors about the device, I has 5.5 inch Full HD display screen and could be powered with Quad Core Processor from Mediatek clocked at 2.0 GHz which if prove to be true will be the Smartphone to buy definitely. It could have a 13.0 MP rear and 3.2 MP front facing camera which can give good quality video calls from the device. 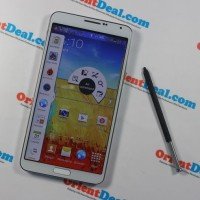