Recently Lava has announced the launch of two new 7.0 inch tablets in India. Lava E-Tab Connect and Lava E-Tab XTRON both comes with screen display size of 7.0 inch but resolution of both the devices are different. 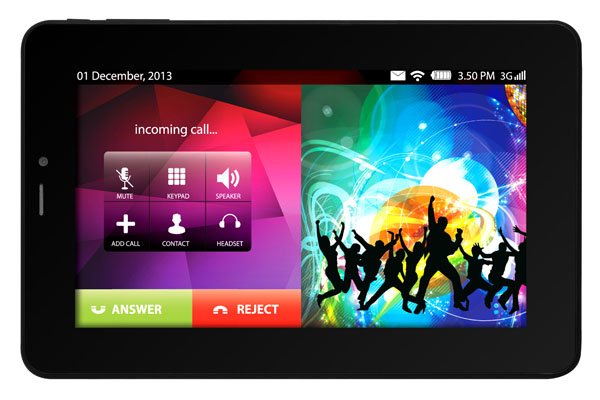 Lava E-Tab Connect Tablet is Company’s first 3G supports with voice calling tablet. It has got screen display size of 7.0 inch and supports resolution up to 800 x 480 pixels. This table is powered with 1.2 GHz Qualcomm MSM7227A processor and supported with 512 MB DDR3 RAM. It has got multi touch point display screen and gravity sensor. Lava E-Tab Connect Tablet runs on Android Ice Cream Sandwich Operating System which is not the latest one and disappointed feature from Lava. Internal Storage on this device is 4GB which is easily expandable upto 32 GB with the help of microSD card. It has got 2.0 MP back camera and 0.3 MP front facing camera. In terms of connectivity options it comes with Bluetooth v3.0, GPS, 3.5 mm Audio Jack. This tablet will be available in the market at price of Rs. 9,400 INR. 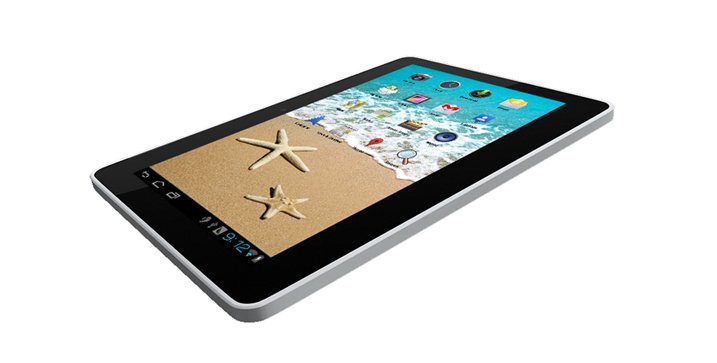 Lava E-Tab XTRON Tablet is the first Tablet form Lava which is running on Android Jelly Bean 4.1 Operating System and it is one of the cheapest Dual Core Processor Tablet which comes out of the box with Android Jelly Bean OS. It is price at Rs. 6.770 INR which is very reasonable considering the features of the Tablet. It is 7.0 inch Tablet with LCD TFT IPS Display screen which has got resolution of 1024 X 600 pixels. It is powered with Dual Core 1.5 GHz Processor which is supported with 1GB DDR3 RAM and makes it idle for Game Playing and watching High Definition Videos. Internal Storage on this device is 8GB which is large enough to store most of the games, videos, apps and it of you feel it is low then it can be expanded upto 32GB with microSD card. It has 2 MP HD forward-facing camera. It is not a 3G device but supports Other Internet Options such as Wi-FI, 3G via Dongle. 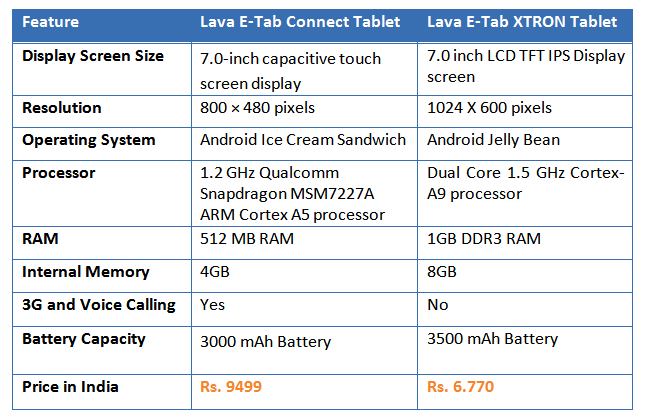