Karbonn Titanium X – It’s not long ago when I posted an article about the launch of Micromax A250 Canvas Turbo which is a FULL HD Smartphone first from Micromax. Later we saw the arrival of another FHD Mobile Zen Ultrafone 701 FHD and I have done a comparison between Ultraone 701 FHD and Canvas Turbo. The latest entry in intensifying the war of FHD Smartphone in India is Carbon Titanium X which has 5.0 inch Full HD Display screen. In this post I am going to compare Micromax Canvas Turbo and Karbonn Titanium X Mobile in brief.

Before going to compare the two FHD Smartphones, I would talk a little about Karbonn Titanium X Mobile. The device is as mentioned has 5.0 inch FULL HD Display Screen and powered by 1.5 GHz Processor. Karbonn had launched good devices in past like Titanium S5 and S9 which supports IPS Display but Titanium X is the flagship device from company and will surely give tough competition to Canvas Turbo.

Certainly not much to choose between the two as both phones have 5.0 inch FHD Display screen that supports resolution up to 1920×1080 pixels. Micromax Canvas Turbo comes with CGS(Continuous Grain Silicon) technology but not much information about Karbonn device is available at the moment.

Both the devices are powered by 1.5 GHz Quad-Core processor, so nothing to compare about that. Regarding RAM Micromax Canvas A250 Turbo is equipped with 2GB of RAM and since Detailed specifications of the phone such as RAM and memory are not available yet for Titanium X we can’t say much about that either, but I am sure that Karbonn Titanium X will going be a Smartphone with 2GB RAM.

As i had mentioned so many times in earlier articles about importance of good Camera in Today’s Smartphone success, Karbonn Titanium X doesn’t disappoints in that aspect either. Both devices have 13.0 MP rear primary camera with LED Flash and Autofocus feature. Front facing camera is also same in both the devices which is 5.0 MP and can be used to make video calls.

Karbonn Titanium X has a slight edge in this feature as the device is powered by 2300 mAh where Micromax Canvas Turbo comes with 2000 mAH battery capacity. You will surely get more talk time and standby time in Karbonn Mobile.

Do you prefer Karbonn Titanium X over Canvas Turbo? If Yes Why

If you see the features and specifications of both the devices there is nothing to choose and if Karbonn Titanium X will going to be a 2GB Device then you can say both are exact replica of each other. Micromax is definitely bigger and more popular brand than Karbonn but I am sure that Karbonn will put an aggressive and cheap price for their device to take on Canvas Turbo. So if Karbonn Titanium X is cheaper than Canvas Turbo, will you prefer Karbonn or Micromax Comment below to share your view with us. 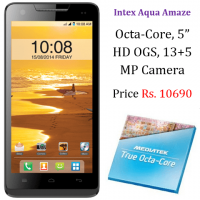 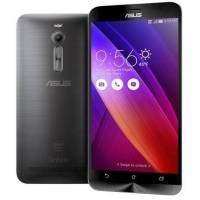