Home
Articles
iPhone 7 vs Oneplus 5 which phone is best?
Tweet Pin It

Want to buy a new smartphone but got stuck between buying an iPhone or trusting a new brand OnePlus. Well today, we will help you choose the phone that suits you by comparing both the phones side by side on different parameters.

This year Apple’s iPhone celebrated its 10th anniversary, so it is not more to expect that iPhone 7 is its one of the best smartphone, which delivers performance and decent battery life. On the other hand, OnePlus was not even started and now it has become one the first Android smartphone manufacturer in the market.

The difference makes the two best:

Apple’s iPhone 7 was launched back in September 2016, but it’s awesome build quality and design along with its charismatic performance still has made it a tough competitor among other smartphones.

OnePlus cannot compete with iPhone in terms of sales but the strength it packs under its hood has made it one of most preferred smartphone till date. OnePlus is referred as flagship killer because it pairs high-end specifications with a pocket-friendly price.

Although these two smartphones run on different platforms but let us see which one is best in terms of other specifications. Here are some of the prominent specifications of the smartphones

Apple’s iPhone design has not changed a lot and there is a good reason for it too. It still has that sleek and metal unibody design with all the good aspects from the 6s and removing the annoying antenna lines and headphone jack to maintain the graceful design. This device has a thickness of 7.1 mm with a total weight of 138 gram, which makes it a lightweight smartphone.

OnePlus 5, on the other hand, has a similar design to iPhone 7 and hosts a curved yet sleek chassis. It weighs slightly 15 grams more than iPhone 7 and has a thickness of 7.25 mm.

It is a point of argument to decide which phone looks best as both of them has a very similar design but the main difference between them is that OnePlus has a 5.5 inches screen whereas iPhone 7 comes with 4.7 inches screen only.

OnePlus 5 is packed with Qualcomm Snapdragon 835 processor which one of the powerful processors for a smartphone and is also used in other flagship smartphones like Samsung Galaxy S8. This processor is an octa-core processor clocked at 2.45 GHz. iPhone, on the other hand, comes with Apple’s A10 fusion chip, which is a quad-core processor, clocked at 2.34 GHz. The major difference between them is that Snapdragon’s processor is built with 10 nm technology whereas A10 fusion is built with 16 nm technology. In return, Snapdragon 835 will provide greater performance and is more battery efficient as compared to Apple’s A10 fusion chip.

OnePlus 5 comes with a major camera upgrade with a dual camera setup on its rear. It has a 16 MP sensor of the f/1.7 aperture along with a 20 MP telephoto lens of f/2.6 aperture. This dual camera setup is challenged with the Apple’s iPhone 7, 12 MP shooter of f/1.8 aperture. This does not sound impressive but we get a dual camera set up on iPhone 7 plus but we will have to pay more for it. Not only in the rear has OnePlus beaten the iPhone 7’s 12 MP front shooter of f/2.2 with its 20 MP camera of f/2.0 aperture.

OnePlus 5 runs on Android 7.0 Nougat whereas Apple’s iPhone 7 runs on iOS 10 software. Both of these softwares have their own benefits and drawbacks. These softwares are coded in such a way that the performance obtained is maximum with fluid user experience and maximum battery efficiency.

OnePlus 5 comes with a 3,300 mAh lithium-ion battery, which is comparatively larger than the iPhone 7’s 1,960 mAh battery. This clearly shows us that OnePlus will outperform iPhone 7 when it comes to the battery but these numbers are on papers and IOS 10 is optimized to give better battery life. Hence iPhone 7 will also give you a whole day battery backup without juicing it up.

Pricing of the Devices

Now, let us see how the two phones compete each other in terms of the price:

Apple iPhone 7 Offered Price– Apple’s iPhone 7 comes in various colors & internal storage option and all of these are priced differently. But the one we have talked about above is 256 GB variant and it is priced at Rs. 58,490 only on Amazon. There are different Amazon coupons which can help you buy this smartphone at a reasonable price.

Coming from the giants of the mobile market, Apple & OnePlus, are the premium smartphone which are the most wanted and the most aspired ones. Whether it is the camera quality, the stylish designs or the processors, both the phone masters the art of technology. Obviously, iPhone comes as the hyped one but that hike is certain with its high-end built. Similarly, OnePlus, since it has been launched, has overthrown all the prevailing smartphones in the market. But, between the two, OnePlus 5 is the one which satisfies all the segments and sectors. So, keep a check on what gratifies your requirements and choose wisely. 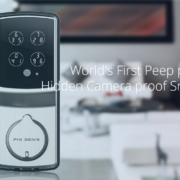