There are always some folders and stuff present in your system that you want to be private, or I can rephrase it as you want to hide them from others. I am not going to elaborate the kind of stuff that you want to hide, but surely present a very cool trick that will make folders hidden in windows and remain hidden if you check the “Show hidden files, folders and drives” from Folder and Search Options in Windows. Following is the guide for ‘How to Hide Folders in Windows’

Following is the complete guide of making private folders hidden in windows with running a single command in windows. I have tried this trick on windows 7 and hope that it will work on the other version of windows also.

1. Note down the folder name (‘Technokarak’ in this tutorial, replace it with your folder name in the command) and the path of the folder.

2. Open command prompt by entering ‘cmd’ from the run window 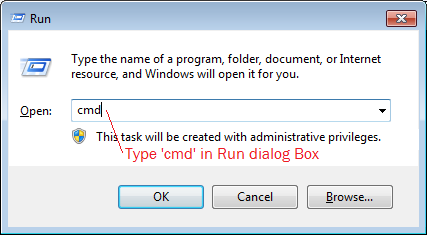 3. Navigate to the directory where your folder is present. Suppose in this tutorial by default ‘cmd’ enters into ‘c’ directory on my system but my folder ‘Technokarak’ resides in ‘h’ drive, so I change the current directory to h by entering ‘h:’ and pressing enter

4. Now type the command ‘attrib +h +s Technokarak’, where you have to replace ‘Technokarak’ with the name of your folder and press enter and you can see the folder get hidden. Now if you want to test whether it will appear if you change the settings true for “Show hidden files, folders and drives”. Do it and you will see still the folder is not shown. 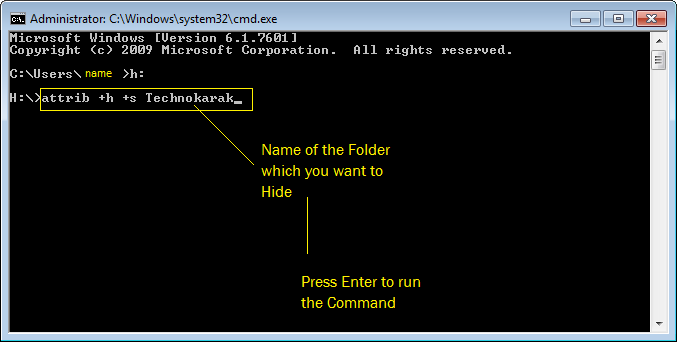 5. Now the question is how to get the folder show again, as you cannot see the folder so there is no question that you can change the hidden property. To show the folder again, you just have to make a small change in the command that is run before. Run this ‘attrib -h +s Technokarak’ and the folder appears. 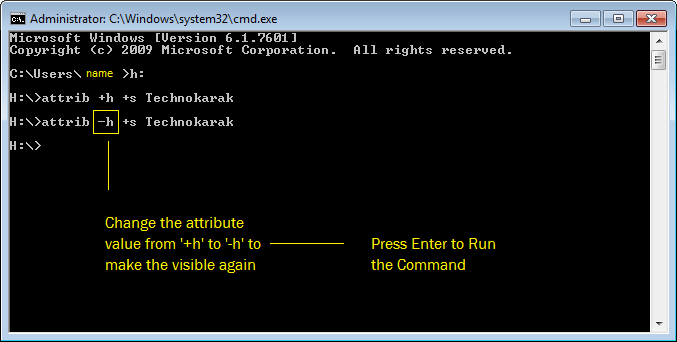 It is a very cool and useful tip to make your private folders absolutely private. 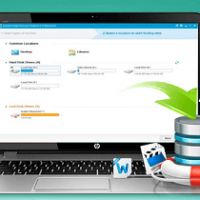