A couple of years ago, a doorbell was just that – a doorbell. It let you know someone is at your front door, and it let you know that you should go out and answer it if you’re at home. It was as simple as that, and it offered nothing more than that.

However, today things are different. Ever since the introduction of doorbell cameras a few years ago, things have changed significantly. With a doorbell camera, it’s not just a doorbell, it’s a device that’s part of home security systems that let you sleep more peacefully.

So, with that in mind, how does a doorbell camera increase security? Let’s take a look at what they are, what they offer to you, and you’ll see.

What is a Doorbell Camera?

A conventional doorbell is nothing more than a button that you have outside your home. When someone is at your door and they press it, it rings inside and lets you know there’s someone outside your door. A doorbell camera is pretty self-explanatory, and it adds a camera to your doorbell. And while you might think that you can achieve the same thing with a security camera outside your door, that’s a bit different. With a doorbell camera, the camera turns on automatically when someone presses the doorbell button. It also often has a motion sensor, so you don’t have to wait for them to press the button, you’ll know they’re there as soon as they approach. Another big thing with a doorbell camera is two-way audio. Two-way audio means that the doorbell cameras have a microphone and a speaker, so you can talk to whoever is outside your door without physically being there. With many cameras you don’t even need to be at home – they’re connected to the internet and you can do this from wherever you are.

Now, note that two-way audio and motion sensors aren’t present on all models available, but the good ones will have them. That being said, now that you know what they are and what they give you, let’s take a look at how they increase your security at home.

You Will Always Know Who is at Your Front Door

This is the first and most important security benefit. Since you do have a camera, it’s going to record every interaction someone may have with your front door. Whether they rang your doorbell or just left something and disappeared, the camera will capture them and you’ll know what happened.

This goes a long way towards avoiding door-to-door salesmen, for example, but it also has quite an impact on security. If you think that someone is at the door that shouldn’t be there, you don’t have to go to the door and answer. You don’t even have to get up from your couch, and you won’t need to let them know you’re at home.

In addition to this, you will also know who rang your doorbell when you weren’t at home. A doorbell camera is usually connected to the internet, and whenever someone is outside your door, it sends a notification to your smartphone. This way, if someone came to your home hoping that you weren’t there and won’t find out, you actually know the moment they step up to your door.

You Will Avoid Having Packages Stolen from Your Porch

Something that seems to be happening very, very often nowadays is having someone steal your package before you have a chance to pick it up. It happens with your neighbors, and it may very well happen with a random stranger. The problem is, many delivery companies will actually refuse to admit that they just left it, and you’re left with no money, and no package. With a doorbell camera, you’ll know when the delivery company brought you your package. If you aren’t at home, you could instruct them via the two-way audio feature to leave the package at a safer place. If you have a smart lock, you could even go as far as to let them in and have the package left inside.

If, however, your package still gets stolen while outside, with a doorbell camera you’ll have a good indication, and proof, of who did it, so you can confront them about it.

You Will Increase the Overall Security of Your Home

A doorbell camera isn’t just a gimmick, it’s a way to ensure no uninvited guests get access to your home, regardless of whether you’re around or not. It’s also a way to keep your kids and family safe by not having them answer the door when you don’t want them to. It’s overall a great security addition to your home. 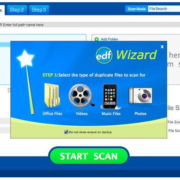 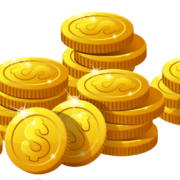