It has been a buzz about the launch of Google Android 5.0 Key Lime Pie Operating System. Everyone is waiting for Smartphones and Tablets running on Key Lime Pie Operating System. Google X Phone is also dubbed as Nexus 5 and its concept design is shown by Deviantart member 96design.  In this post I have given a brief introduction of Google X Phone Features and AnTuTu Benchmark results. 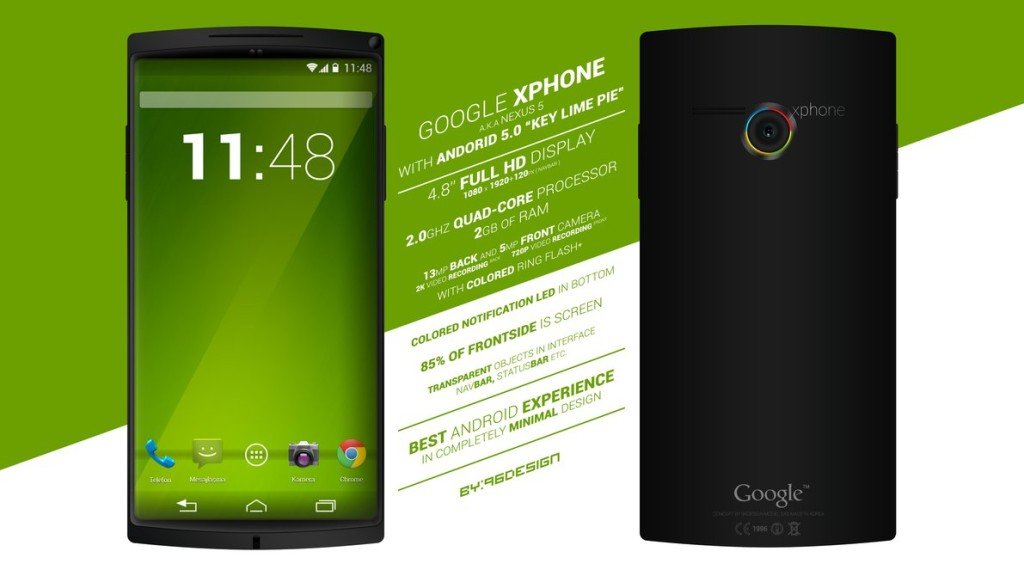 The Google X Phone has a 4.8 inch Full HD display screen with Super AMOLED Screen technology and packs a screen resolution of 1920×1080 pixels. The phone is also called as Nexus 5 Smartphone and it is powered by a powerful 2.0 GHz Quad Core Processor which is supported by 2GB of RAM. Now such a configuration is very rare in Smartphones and only device which I can recall comes with any configuration near to Google X Phone is Lava XOLO X1000 and Samsung Galaxy S4. It has 13.0 MP rear Camera and a 5.0 MP front facing camera which makes you capture High Definition Pictures from this device and at the same time you can make video calls. You can also record video up to 720p which means HD Recording is possible with Google x Phone. 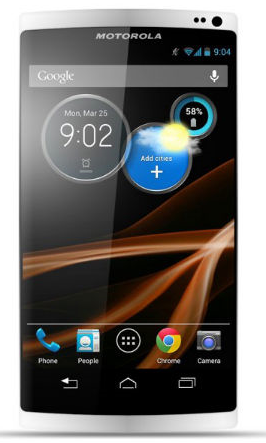 Some of the interesting features of the Google X Phone is the presence of colored ring flash at the back of the phone which gives awesome look and feel of the device. There is also a colored notification LED in the bottom area and the bezel at the front is very small. Actually 85% of the front side of this Nexus 5 Mobile is a screen. One rumored feature of the Google X Phone is that it will have a battery capacity of 4,000 mAh and will going to be water and dust resistant.

From the features listed above it is clear that this mobile will go to set a trend line for the future Smartphone to come. Now the Google X Phone AnTuTu benchmark score has leaked and according to the claims of the screenshots it has scored above 15,000. Well this score is not up to the mark but till real device doesn’t come in the market nothing can be said. But overall features and specifications of the Google X Phone looks promising.