This has really been a eventful year for Google as the company took several strides with new tech advancement, new OS and some crucial changes in the company’s structure. Android 6.0 Marshmallow have been released and the company made significant developments in autonomous car technology and most significantly introduced a new corporate structure and thus has been owned by Alphabet, a new corporate entity Google.

In 2016 Google is expected to come up with new range of smart wearable, virtual reality devices, new advancement in smart cars and Android cars, new platform for IoT and smart home and obviously the much speculated Android N, new mobile OS from Google. Google I/O 2016 is likely to be the event to reveal majority of these innovations. Like every year, app developers, tech wizards and users worldwide are looking forward to this mega event and expectations are mounting high with a range of predictions. Here below we provide information as when and where to expect this event to take place and the technologies, gadgets and OS that are likely to be revealed in this event.

In 2016 chapter of Google I/O developer congress will be held from May 18th to May 20th. Expectedly this year since the year of the first year of the event Google I/O is going to be held in Moscone Center of San Francisco, in the home city of the tech giant.

Though it is still not sure, there has been some speculations that the new Android N can be released the Google I/O conference to be held in the month of May. The release of the new OS has been delayed, as some says, because of the legal battle with Oracle.

Whatever be the possible reason behind the delay Android N as the most feature rich OS till date is certainly going to influence the entire Android ecosystem beyond recognition and hence the huge expectation seem quite justified.

Finally users are going to have their much awaited multi-window Android. With this users now can run two apps side by side on their screen. From more advanced voice control to tap to wake feature to dedicated theme engine, Android N will make lot of advancements for the mobile users.

Google has already earned its worldwide name for driverless cars, which has already been proven as impressively safe through various test rides. But still the mass production and the consumable first autonomous car from the car is not a reality.

Obviously, last year Google unveiled some advancements of this car project last year and this year the company can reveal some new safety measures besides announcing a new line-up of automobiles compatible with the new safety system.

Google is particularly ambitious about its smart wearable products and the developer conference can see some significant revelation in this regard. This year Google may come up with new Android smartwatch with capability to work as a device independent of mobile. Better support for gesture input and in-built Wi-Fi capabilities are likely to be two new surprises waiting for this upcoming device. Google can also announce more advancement in voice control and gesture control. The company can also come up with some new devices to get on top of wearable manufacturers.

Project Ara over the span of last six months or so has been slowed down, though many futuristic sounding mobile technologies are under way with this project. Is I/O 2016 going to be the event to break the long silence on Project Ara and announce some era turning device and technology, most notably Google’s modular phone? It is still too early to predict though experts believe this is the high time for it.

There are some credible hints from Google in this respect as well. Though, a whole year is spread to see any such big announcement, there can be no better and bigger occasion for it than I/O 2016.

Android Auto which refers to utilization of Android OS electric car technology can finally see the day from this mega tech event. While geeks and futuristic automobile techies worldwide are speculating long regarding how the technology actually change the way we handle, drive and fuel car, the developer conference can be the right stage to reveal the technology in its entirety.

Google recently created a new division for virtual reality and this year at I/O this new area can take up much focus. Google according to many speculations can make some significant announcements on Cardboard products and can take some steps ahead with 360 degree video technology.

The new Internet of Things platform from Google widely named as Smart Home can be under the spotlight at Google I/O 2016. The new smart home platform like OnHub and a new a wireless router product are some of the stepping stones to make this futuristic technology a reality. Expectedly enough, to compete with the new Smart Home offerings and drives of innovation from Apple, Google has to take a positive stride to stay relevant in the emerging Internet of Things space and this mega event of 2016 can be the right place to come out with the challenge.

The Project Fi wireless service from Google created enough buzz and interest last year which eventually slowed down in these months. Google I/O 2016 can observe some significant announcements on this new wireless technology, especially as it is considered to be a part of Google’s ambitious Smart Home project.

For some time Google could not stand up against the increasing competition in the messaging app space. In 2016 Google may come up with a strong step to recapture the lost ground with a new messaging app. From applying chat-bots and artificial intelligence to incorporating machine learning to make messaging more autonomous and fun activity, Google may really consider a chat app that knocks everyone around.

Keval Padia is a Founder & CEO of Nimblechapps. He is an iOS Game Developer, with acute knowledge of Mobile App Design and Web Design. His vision is to become the best mobile development company, which can transform people’s idea into fully functional application at a very affordable price. 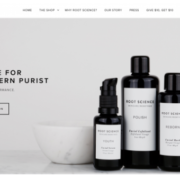 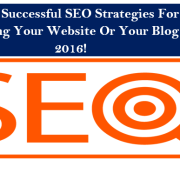