We all love playing games in our spare time. And thanks to the modern-day smartphones which are powerful enough to help us to fulfill our wish to play games. But the question is which games to choose from the heap of games that are available currently. It’s necessary to choose the right game as it affects your personality too. And you are spending so much of your time playing games so it needs to be the best. So here we are giving some of the best game of all times which you should definitely give a try playing.

It’s a racing game. The game has very smart visuals and viewpoints, whether belting around a racing circuit or blazing through a forest. The controls work well. You complete the game when you get that coveted checkered flag. For quick blasts, you can delve into single rally mode or there is the grinding metal of rally cross, putting you against computer cars apparently fueled by aggression.

It is a PvP shooter game. It’s a free game and it becomes instantly popular when it got released. Brawl Stars features tons of characters and weapons which you have to unlock or you can also unlock them by paying. This game is built for short, octane fueled matches. It’s a very competitive game. It’s a team death match. This game offers various modes with different objectives.  In this way, it is most appropriate for the way we game on phones.

Clash of clans is an epic combat strategy game. It is an all-time favorite among gamer. This game lets you fight other player’s armies in your quest for domination. It has a simple objective, you have to crush your enemies and lead your clan to glory. You found a village where the members of your clan reside. Then you send them into the world to face missions and destroy enemy camps.

It’s an auto shooter game. Star Combat is kind of a death match game that’s easy to jump in and get some action out. It’s a premium game model. The players need to avoid the fire while trying to navigate through the field of deadly debris. There is an infield healing items and progression system which can cost you some penny.

The one game you will definition find in every mobile phone is candy crush saga. It is one of the most popular games among both adults as well as kids. This is a simple level-based game in which you need to match candies by linking them together to make them disappear. It’s a delicious puzzle game with a social element. It offers different game modes. It offers over a hundred different levels, in which you have to fulfill a series of objectives in order to move along. This game is super easy to learn but tough to beat.

So we hope this post must have helped you to pick out the gems from the dross. You can have all these games on a very popular platform which makes it very easy to get all the apps and it is called 9Apps. You can have 9apps games download and enjoy the best of these apps on it. 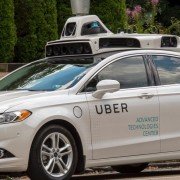