According to one report, at least 85% of households in Scotland can access fibre broadband. However, it might be a problem to reach rural areas. The figure is expected to go up if BT broadband keeps striving to meet its target. Nevertheless, providing rural areas with BT broadband and BT TV services will call for highly complicated engineering solutions.

The same report also states that the government still has a lot to achieve in the form of improved infrastructure by 2020. The world-class digital infrastructure is possible, but it might be hard to implement in rural areas. The Scottish government aims to see that at least everyone has access to the services at any time using any device by 2020.

To achieve this plan, it is important for the government first to define what world-class infrastructure means and then devise a plan to achieve it. The most important thing to consider in this case is the timeframe. By 2020, fibre optics cables should be availed in rural areas.

For the government to achieve its plan, the BT was assigned the duty of extending the country’s broadband network in 2013. This project was estimated to cost around £412 million. Islands and Highlands Enterprises is also a key player in extending the fibre optic network across Scotland.

Audit Scotland helps to monitor the progress to ensure that all is done well and on a timely basis. They are there to ensure that the vision of the government is achieved within the stipulated time. As stable internet access keeps becoming an important aspect of life, it is important to see good progress in rolling out broadband services to individuals living in rural areas.

Having a good download speed in the area is a dream yet to come true. Though the Scottish government is trying to find the most applicable ways to avail their services to individuals living in rural areas, it seems like the cost of the project will be more than projected. A section of the report stated that the government is trying to see that at least 86% of the rural population has access to reliable broadband services by 2020.

Other than 86% of properties having access to fibre optic internet services by 2020, Mr Ewing, reported that the government is committed to seeing that at least 100% of households in Scotland have access to the internet by 2021. The next phase of the plan is yet to be released. However, the opposition government questioned whether the plan is realistic because having broadband services rolled out to everyone in the country within 12 months sounds impossible.

According to the Scottish Labour, the already available internet services in Scotland are not good enough as the speed is below 24mbps, which is the standard speed required in the country. Therefore, in case the government is looking to provide the world-class digital infrastructure, these are some of the things it has to look into.

Since the project was initiated, BT has played a great role in expanding broadband services in the rural parts of the country. However, there is a lot of work that needs to be done. Most of rural companies and households do not have access to a fast internet connection and BT TV services. Also, while the government is trying to avail broadband services, the ones that are already there do not meet the recommended standards. The goal is to achieve world-class digital infrastructure. It is accurate to conclude that the project is in progress and very soon, broadband services will be available for everyone in Scotland. 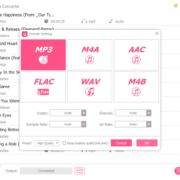