iOrgSoft SWF Converter for Mac is an all-round Flash SWF Video Converting program. When you start using the software you will found it to me more than just a Flash converter. It comes with lot of other features like transferring of SWF videos to mac. iOrgSoft SWF Converter is a solution to the question asked by lot of users  In this post I am going to post a review about the features of the best SWF to MP4 Converter.

Before going into the details of the Flash video converter program, I must say to all the users that it has the very simple and straightforward interface with all the major functions lying on top of the software screen. You can simply select the file to start converting SWF to MOV or SWF to other media files. 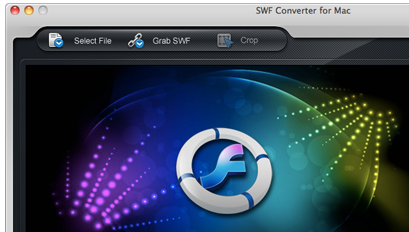 After the file gets loaded you just need to select the output format as shown below and press on Covert button to start converting your Video.

The above two screenshots clearly shows the simple user interface of Top SWF to MP4 Converter. Other Features of iOrgSoft SWF Converter for Mac are as follows:

Why you should go for iOrgSoft SWF Converter for Mac?

When a user reads a review of any software, basic question that arises in the mind is why I should go for that software. After going through the features of the software and using it to test I strongly recommend iOrgSoft SWF Converter for Mac for the following reasons

If you want complete user Guide of iOrgSoft SWF Converter for Mac then please follow the links given below: