Netflix has got the pack of entertainment for its viewers. Yes! It is a highly trending site which is working on regular updates and has numerous feature and is highly advanced. It has multiple features which let the user enjoy the services it provides.

Netflix broadcasts TV shows, music, movies, documentaries and much more that too in each genre whether it be a comedy, thrill, romance, horror, etc. with a huge list of latest shows in each list and each depiction is admired by viewers.

All the latest and trending shows are portrayed on Netflix screen, although it is a paid site, it costs less in exchange for its wonderful services.

This article is specifically is directed to a particular genre that is HORROR MOVIES. It is considered to be the bold style and has an amazing list of itself. Of course, not everybody watches Horror shows, but it picture depiction can make you all the effects go real. Therefore, it is recommended not to look at it alone.

This platform provides a good lot of scary movies, This journey of ghosts, zombies, monsters and devil stories are no less than any adventurous ride; bloodshed is now being invoked in scary movies, which is highly praised.

Moreover, you can also enjoy all these movies online on these movie streaming sites at you night stays with hell lot of junks without even going out at night. So go on to the list mentioned below. From oldest to the current favorite is there on the list, listed according to its popularity.

It is Canadian horror film but has immense viewers with that of the amazing plot in it. The film incorporates radio station motion in itself, where Ontario residential are saving them by moving onto radio station. And at that very moment virus begin to spread across the town through language and create a massive bustle.This style plague forces people to commit horrible actions. Pontypool is the depiction of a film wherein the power of language and communication has caused horror amongst the mass population. It is a must watch the movie, especially for those who like zombies.

This story is based on the remote island and on a newly wed couple in the remote areas of Ireland, where are only surrounded by trees and forest. Some dwellers have portrayed horrifying. The horror part in the movie is shown in the last 45 minutes, a brutal horror which is regarded by bloodshed, it will be real feeling, with the frightening shouts of the characters imposed in the movie.

It is an authentic composition in horror movie genre, the author has portrayed the film in more of psychological direction, and hence it is fun to watch, As it irrational then it is always connected to cognitive mind which makes it even more exciting to watch, he has created whole of the story in his mind which is not happening actually.

This story also reflects some Psychological aspects, but each moment there is turn. Whole of the story is situated in remote island where a killer attacks the protagonist and the way she overcomes that assassinator is one off the greatest aspect of the movie, it shows how physically impaired are powerful when comes to fighting for themselves in the situation of complete remoteness and without any fighting tools, the entire story is horrifying and full of bloodshed.

This is the perfect picture for those who doesn’t like to laugh much and are bound to their seriousness. This is more of a devil story wherein the women protagonist after breakup suffers a lot and sells her soul to the devil, the whole movie has been invoked and portrayed in the presence of evil. None the less movie is exciting as it shows how the hell treats the soul of broken women. So take time out to watch this incredible breakup consequences.

All these movies have amazing and worth praising plots, which are nowadays liked my many viewers who love to spend their beautiful hours by horrifying them. 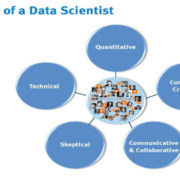