It was only a week when Google has started selling Nexus 7 at Play Store in India for a price tag of Rs. 15,999/-. Now Asus has come up with latest products in both 3G and Wi-Fi variety in India. There has been price difference of just Rs. 3,000/- in both version of Asus Tablet.

Asus Nexus 7 Tablet comes in two flavors one is 3G enabled with WI-Fi which cost about Rs. 21,999/- INR whereas other which is only Wi-Fi enabled cost about Rs. 18,999/- INR. Both the tablets are 7.0 inch screen display devices which are equipped with IPS display technology and got an HD resolution up to 1280 x 800 pixels. Asus Nexus 7 Tablet is powered with 1.2 GHz Quad-Core Nvidia Tegra 3 processor with a 12 core GPU and to support such powerful processor which is supported by 1GB of RAM. 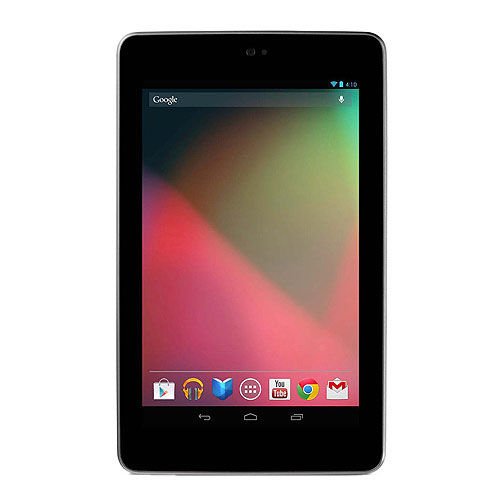 The device comes in two different versions in terms of memory capacity i.e; 16GB and 32GB and Google are already selling a 16GB version with WI-Fi only on Play Store India for Rs. 15,999/-. Nexus 7 Tablet from Asus runs on Android Jelly Bean Operating System version 4.2.2. It has a 1.2 front facing camera for making video calls and comes with most of the connectivity options like NFC, Wi-Fi, and Bluetooth. Battery Capacity of the Tablets is good, it comes with 4,325 mAh battery which can hold the tablet for longer duration even during game play and video playback.