Home
TechNews
Are you Rich enough to donate for needy peoples? Find out here
Tweet Pin It

Well you have probably heard most of the people saying that ‘ Money is not everything in life ’ but none of them says that ‘ Money is nothing ’ which means Money is something and this something in your life is one of the major requisite to sustain in this world. Today I found a very interesting website which lets you compare yourself with Top Richest People in the world. There are many stories about Top 10 Richest People from India that has made the country proud and some of them are in the list of Top 100 Richest People in the world. Although I don’t like the idea of comparing yourself with others especially in monetary terms but there is a song ‘ Apna Sapna Money Money ’ isn’t 🙂 so I also compared myself with the other richest people from the world.

GlobalRichList is a website which is basically a comparison site and helps you check you’re Rank in the World based on your income and wealth. It is very simple to use the website, just navigate to the GlobalRichList Website Homepage and select Currency of your income (by selecting location) and add the annual income. I have added the following entries for testing my Rank in the World (Income is not the correct one I have used for testing) 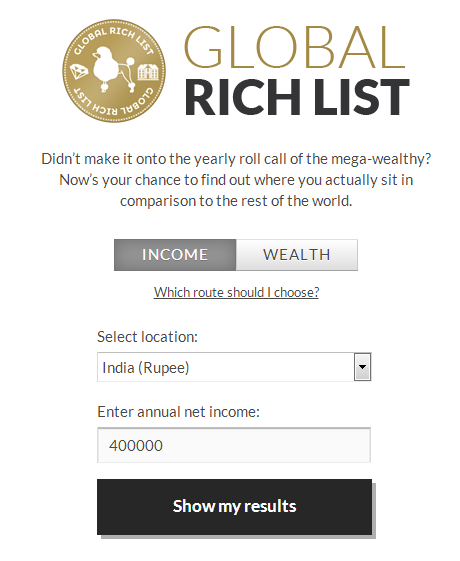 After entering the values just hit the ‘Show my results’ button to see your Rank among the Top Richest People in the World. You will see the results something like in the figure below 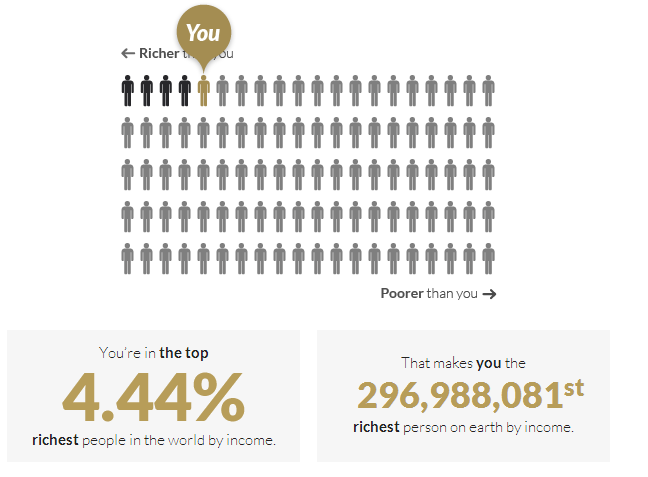 There are some more results that you see with website and those results are more of reality in the world like.

Well if you feel a little low after getting a rank of 296,988,081st richest person on earth by income then I am sure after reading the stats about people from other countries like Ghana you should feel sorry for those who have to work around 9 hours to earn the same money which you can earn in 5 minutes. There are countries like Azerbaijan in which your monthly salary which will be roughly around Rs. 33,000/- is enough for monthly salary of 77 Doctors which is shocking to hear. 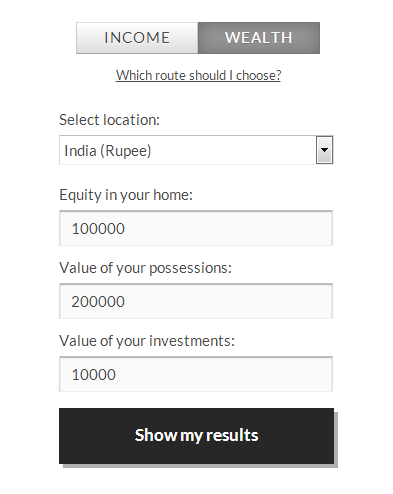 It is really a strange world in which we live where one person’s wealth which is not considered much of value in our country can feed a family of four Ethiopia for 2 months and is the combined wealth of 10 people in another country. These are just some numbers which matter a lot to so many peoples who don’t have any money. GlobalRichList also promotes a donation campaign which is supported from Believe.in group and if you feel that you are rich enough to make some difference in the world then you can donate some of the money and 100% of your donation goes to charity with Believe.in 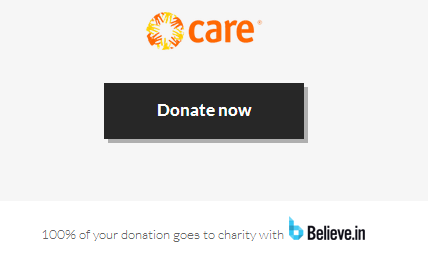