Being a big name in partition management field, AOMEI Tech is noted for its full-featured and powerful software—-Partition Assistant. This time, AOMEI Tech invested all their energy in data backup and presented us a Windows backup freeware—AOMEI Backupper version 1.6. It includes three main functions: Backup, Restore and Clone. Is this software as good as their hit product Partition Assistant? Let’s go have a look.

To most light users, the first impression of the software is rather important and AOMEI Tech clearly did a great work this time. The configuration of the user interface is clear and organized: we can always find all the main functions at the left side in any operation. Detailed information of the system/partition/disk will be shown at the right hand side. And graphs are widely used in AOMEI Backupper to display such detailed information in a straightforward way. All in all, there’s no difficulty in using AOMEI Backupper no matter you are an IT expert or a newbie.

The system, partitions and an entire disk can all be backed up in AOMEI Backupper. We can set password, select compression level, enable VSS, set up backup schedule before the backup process begins. AOMEI Backupper uses incremental backup scheme to perform the scheduled backup task. As for the devices for storing backup image, we can choose it the local hard drive, external USB devices and CD/DVD/Blu-ray. Besides, AOMEI Backupper version 1.6 supports NAS devices. Thus SBS users may stock and share the backup files in a more convenient and secure way.

If any problem occurs on our computer, we can recover it by using the backup image from local hard drive, external storage devices and CD/DVD/Blu-ray. But what if the system crashes that makes us unable to access Windows? Don’t worry, we can still boot AOMEI Backupper in WinPE.

If you happen to get a new hard drive, then this function would be very helpful. We can copy the partitions and the entire disk to another disk. Just keep in mind that the target disk must have larger storage than the source disk. 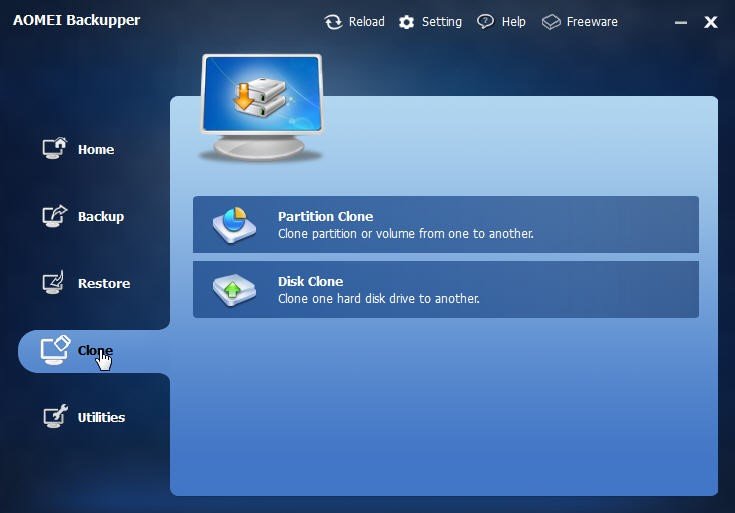 AOMEI Backupper version 1.6 is easy-to-use, powerful and reliable. Though it does not support file level backup right now, but as a freeware, we can say it’s definitely one of the best Windows backup utilities on the market. Even you are a newbie, you can still handle it with ease. 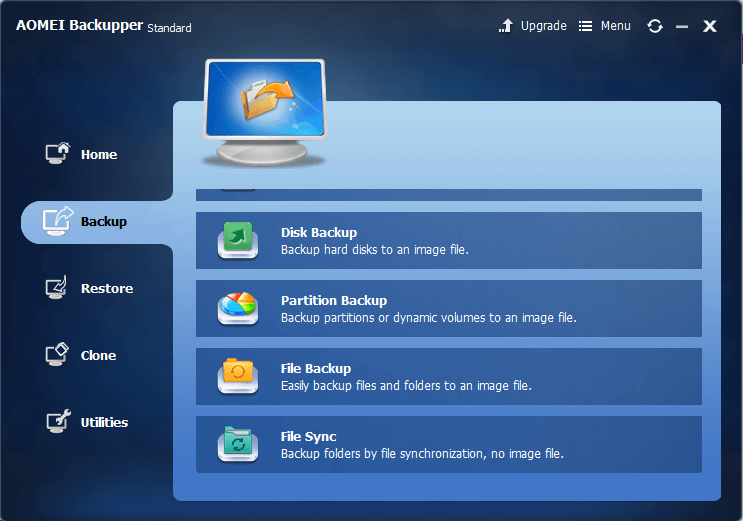 It supports the latest Windows 10. You can use it transfer Windows 10 from HDD to SSD, backup c drive in Windows 10 is also easy with it. File/folder backup and restore is little case for it. Command line backup, system clone are also realized.

As editor-in-chief of AOMEI Tech, Bruce Lin is responsible for the test and review of Windows utilities. He has a personal preference for computer hardware and software design. The broad experience as an editor and a programmer also provides him with a sharp and incisive perspective of IT industry. His reviews mostly focused on the core functions and user interface of the tested software. Originally from the Boston area, he is a graduate of Cornell University. 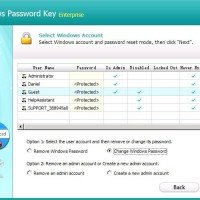