Solar energy is the cleanest, most abundant, and renewable source of energy. You’re probable wondering how solar panels hold up against harsh weather; this guide gives you detailed information on this…

Solar Panels — What Are They Made Of?

On the outside, solar panels look like simple blocks. However, there are numerous materials and chemicals which are crucial to performance of the panels.

The main material of practically every PV (solar photovoltaic) panel is a crystalline silicon wafer (Click here to read an in-depth article that gives an overview on crystalline silicon). The semiconductors of over 90% of the solar panels available are made with silicon. The remaining percentage includes things like organic PV cells and other in-development and experimental technologies.

Electricity is generated by the semiconductors. Here’s how this works; the electrons contained in the material are knocked loose when in contact with sunlight. As a result, electricity is produced.

Obviously, your home will not receive power with the PV cells alone. Solar panels also consist of wiring, plastic, glass, and metal.

In order to let sunlight through and at the same time protect the silicon cells, the panels usually have some glass on them, as well as an anti-reflective coat. A plastic or polymer frame is used to support the entire thing when installed.

Just like any other piece of modern technology, solar panels are available in a variety of designs, styles, and sub-components. Here are the different types available…

This type actually very new to the industry. The main feature of thin-film which sets it apart from others is the material; it doesn’t have to be made from silicon.

Thin-film can be made with various materials such as a-Si (amorphous silicon), CdTe (cadmium telluride), and CIGS (Copper Indium Gallium Selenide).

To create the cells, the material is placed in the middle of thin conductive-material sheets. To protect it, a glass layer will be placed on top.

You can easily identify this kind of panel by the thin appearance (hence the name). Thin-film panels are thinner than silicon-wafer panels by roughly 350 times. This type of panel and frame does take a good amount of space. Depending on what material was used, thin-film cells will be blue or black in color.

Similar to thin-film, polycrystalline frames are rather new in the industry. The cells in this type are made from silicon. However, the cells are created by melting silicon crystal fragments together.

The manufacturing procedure involves placing silicon crystal in molten silicon. Rather than taking the crystal out slowly, it will be left to fragment, then cool. As soon as the silicon crystal in the mold is properly cooled, the fragmented material will then be cut thinly into polycrystalline wafers.

Afterwards, the wafers are put together in order to create polycrystalline panels. Due to the way sunlight bounces off the crystals, this kind of cell has a blue color. This is the oldest, most common, and most developed type of panel around. This kind of panel consists of about 40 monocrystalline cells.

The manufacturing procedure involves dropping the silicon crystal into melted silicon just like polycrystalline. However, in this case the crystal will be taken out of the container very slowly. This will allow the silicon to form a firm shell around the crystal (this is known as an ingot).

At this stage, the ingot will be sliced into thin wafers. The wafers are then turned to cells. These cells will be merged together in order to create a panel.

Due to the way sunlight reflects off pure silicon, monocrystalline cells are black in color. However, the frames and back sheets have a variety of designs and colors.

What Effects Does A Hurricane Have On A Panel?

During a hurricane, one major occurrence which may lead to a damaged panel is the wind. Even the sturdiest and best-designed homes don’t stand a chance if high winds blow from every direction. If an individual has the panel mounted on the roof, they run the risk of uplift.

If you have a quality panel and have installed it properly, you shouldn’t really be bothered by uplift unless your area frequently experiences extreme weather.

Hail is another hurricane hazard. Fortunately majority of the solar panels available on the market can withstand 1-inch hail. If a panel does get damaged by hail, it is a result of concentrated impact (this rarely occurs). Visit https://www.solargraf.com/blog/ for news on the solar industry.

Solar power is a great and efficient source of energy. Most panels are designed to be durable and withstand severe weather.

While solar energy may be great, it isn’t exactly cheap. However, there are various options out there; everyone will be sure to find a favorable option. 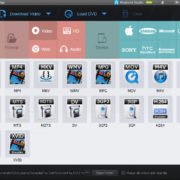