Security is an inseparable part of running a business. Securing business premises, safeguarding sensitive information, and protecting employees are equally important. Failure to do these things could result in a catastrophic failure of the business.

Securing business premises and employees is a challenge that can be solved using technology. The area of security we are going to focus on in this article, however, is video surveillance. Here are 4 top reasons why video surveillance is worth considering.

The presence of CCTV cameras and an advanced surveillance system alone is often more than enough to deter security issues. When people are aware of the cameras monitoring your business premises, they are less likely to commit acts such as break-ins, vandalism, and theft.

This is exactly why a lot of retail space place their CCTV cameras on prominent spots. It may seem counterproductive at first, but large dome cameras connected to a reliable video surveillance system acts as a deterrent.

Let’s not forget that modern security systems – including video surveillance systems – are smarter than ever. CCTV cameras feeding live video streams to a server is only the beginning. Artificial Intelligence (AI) is now used to perform video analysis and generate alerts.

When an unauthorized party enters your premise, for instance, the AI will automatically send alerts to security officers on duty. The early warnings allow security officers to react faster as well, which means more incidents can be prevented.

Proof of a Crime

Last but certainly not least, there is the fact that video surveillance provides sufficient evidence in the event of an incident. This helps you deal with the aftermath of incidents like theft and vandalism. It is also the reason why most video surveillance systems are designed to recover surveillance footage.

Recording and storing video has its challenges, and you will need hard drives to store surveillance footage and more of them if you want to store the surveillance video files for longer. You also have to think about safeguarding the video files properly.

Solutions like recovery services from Secure Data Recovery can help you deal with data loss. For example, you can recover most of the surveillance video files – if not all of them – when the hard drives have been tampered with by letting Secure Data Recovery handle the damaged drives.

Naturally, you don’t have to store video files indefinitely. The drives can be reused after 12 to 18 months in most cases. This makes maintaining a video surveillance system more affordable. Combined with the other reasons we covered in this article, there is no doubt that video surveillance is an investment worth making for your business. 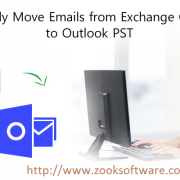 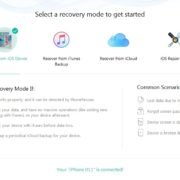